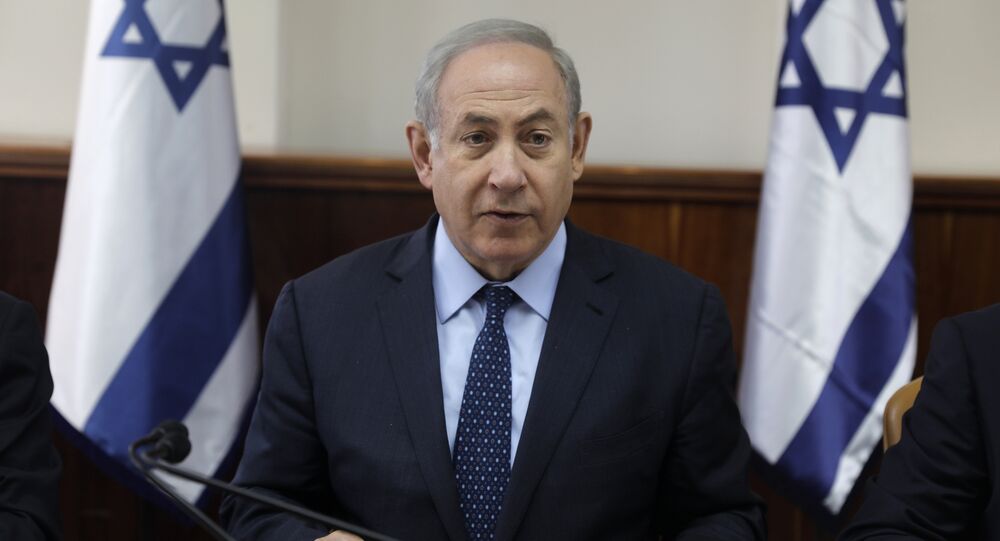 Israeli Prime Minister Benjamin Netanyahu has vowed to keep the Israeli military control of territories seized during the 1967 Six-Day War with the agreement with Palestinians or "without reaching it at all."

"We are seeking peace with our neighbors, the real peace, which will survive generations. That is why, we will keep military control of all the territories to the west of the Jordan river with the agreement or without reaching it at all," Netanyahu said at a ceremony devoted to the 50th anniversary of the Six-Day War beginning.

Palestinians should recognize Israel as the Jewish state, as it is "the basis for reaching peace," Netanyahu added.

© East News / USA/Science Photo Library
Doomsday Operation: Israeli Plans to Detonate Nuke in 1967 War Revealed
Tensions between Israel and Palestine have been escalating through the years. Palestinians seek to create an independent state in the West Bank and the withdrawal of Israel from the Palestinian territories it occupied after the Six-Day War in 1967.

The Six-Day War, which involved Israel and the neighboring states of Egypt, Jordan and Syria, lasted from June 5 through June 10, and it started with Israel's major preemptive strike on Egyptian airfields. Later that day, Israel destroyed a considerable part of Syrian and Jordanian air forces, and the outcome of the war was determined. As a result of the war, Israel seized the West Bank, Gaza Strip, Golan Heights and the Sinai Peninsula. The Sinai Peninsula was returned to Egypt after the sides signed a peace treaty in 1979.