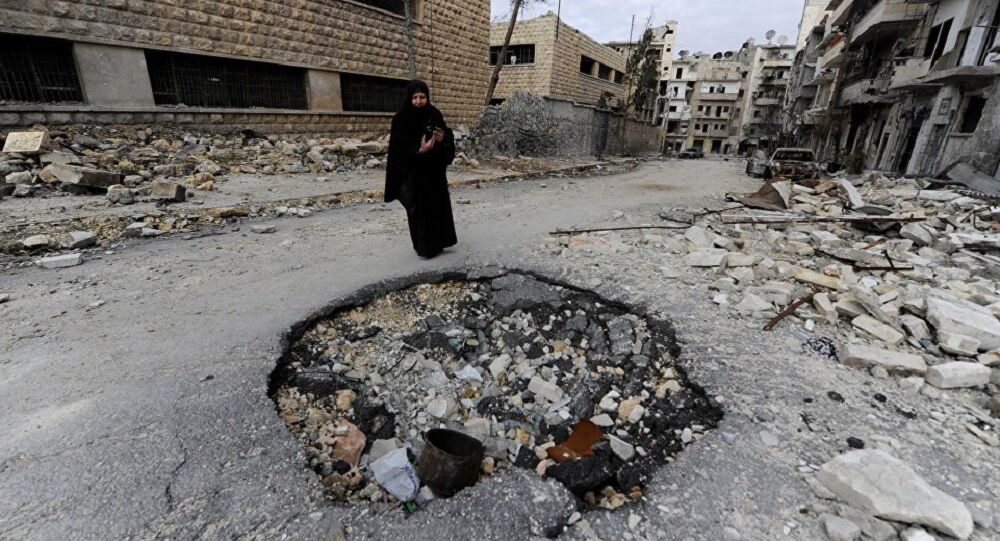 With thousands of displaced civilians living in heavily damaged buildings in Syria, access to such necessities as water and electricity can be hard to get. The International Committee of the Red Cross (ICRC) tried to tackle the problem of access to fresh water in Aleppo by creating an app designed to locate the nearest wells in the area.

"In Aleppo, we work very closely with the local authorities that are responsible for water supply, like [we do] in other cities, and they are really doing everything possible to help people return to their homes," Beerli said.

According to Beerli, the ICRC has restored about 65 drinking water wells. "After that, we created a mobile app so that people who don't have access to water in their houses due to damaged pipes could look up on their phones where the closest well in their district is and where they can find fresh water," Beerli explained.

© Sputnik / Andrey Stenin
Who’s Responsible for Deterioration of the Humanitarian Crisis in Syria
The app has proven to be very handy for the Syrians in Aleppo, Beerli said, pointing out that, even in areas where battles are ongoing, people can still use mobile phones. This, according to the ICRC vice president, means that migrants need to be provided not only with water and food, but with an opportunity to charge their phones. "[Access to] information is as critical as food," Beerli stressed.

In December 2016, the Russian Defense Ministry's center for Syrian Reconciliation announced that the Syrian army's operation to liberate the eastern neighborhoods of Aleppo from militants was over.