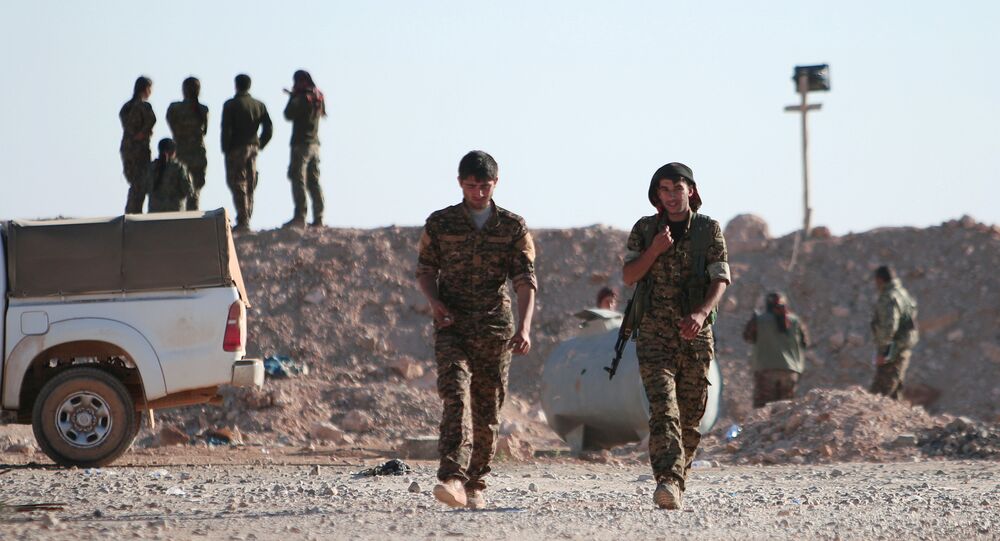 A representative of the Syrian Democratic Forces, who wished to remain anonymous, told Sputnik that the forces have received a batch of heavy weapons and armored vehicles from the US.

© REUTERS / Omar Sanadiki
Leaving Raqqa Behind: What's Behind Daesh Fleeing For Palmyra
This is the fourth consignment of weapons sent to Syrian Kurds since President Trump announced the decision to assist the Kurdish forces in Syria.

“As part of the fight against Daesh, the US sent us another batch of weapons and armored vehicles yesterday, which was delivered to the area of Tabka in 120 wagons,” the source said.

He further said that in a few days they expect new supplies of weapons from the US.

The source stressed that the US armaments could be used during the operation to free Raqqa.

“We are planning to enter the city in a week. At present, we have almost surrounded Raqqa. From the north of the city we are separated by about 2 km, from the west by about 6 km. We left only one way for Daesh militants to retreat – from the south,” the source said.

"The forces reached the outskirts of the city, and the major operation will start… in the coming few days," YPG spokesman Nouri Mahmoud told Reuters by phone.

The offensive is being waged by the Syrian Democratic Forces (SDF), an alliance of Kurdish and Arab militias backed by the US-led coalition against Daesh.