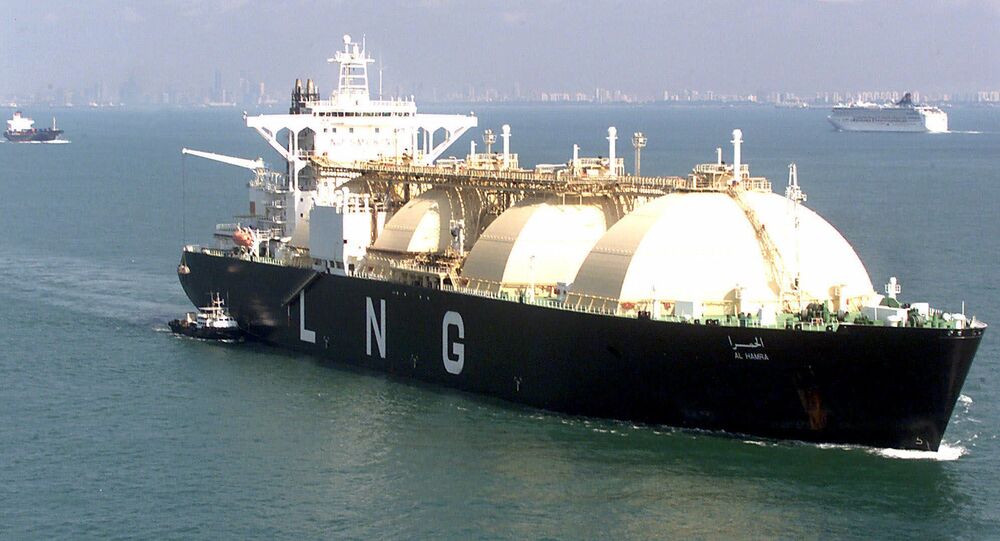 Russia’s Gazprom is going to sign a contract with the National Iranian Oil Company (NIOC) to build a liquefied gas plant in the Islamic Republic. The facility will use natural gas from Iran’s South Pars and the end product will be exported to India, Cambodia and Laos.

© Sputnik / Michael Klimentyev
Russia Sees Potential for Expanding Oil, Gas Cooperation With Iran - Putin
The two sides are likely to finalize the contract at the St. Petersburg International Economic Forum opening today, Iran Daily reported, citing Fars News Agency.
In an interview with Sputnik, independent Iranian energy expert Omid Shokri Kalehsar said that by pitching such a contract to the Iranians, Gazprom had outpaced its European partners as Iran was only panning to hold tenders for the building of LNG-producing mini-plants.

“The ground for the launch of a number of major bilateral projects, including in the energy sector, was prepared when President Hassan Rouhani visited Moscow in March. European and Russian companies waited for the end of the presidential elections in Iran to thrash out a deal, butr Gazprom got ahead of them all negotiating with our Energy Ministry and NIOC the construction of an LNG plant,” Kalehsar told Sputnik Persian.

He added that with a new government now in place in Tehran, Russia was likely to bolster its position in the Iranian gas sector and that the signature of a pertinent agreement would come as a big step forward in this direction.

Southeast Asia tops the list of Iran’s trading partners and liquefied gas could be a welcome addition to the Iranian exports to the region.

“In view of the growing consumption of liquefied natural gas in a populous country like India, the construction of an LNG plant is highly justified and Russian companies could be of great help here. We could start by setting up a joint venture (by Gazprom and NIOC) to build such a plant and could then export compressed gas to Laos, Cambodia and India,” Omid Shokri Kalehsar continued.

Nikolai Kozhanov, an Iranian-affairs expert in St. Petersburg, pointed to the problems with the planned construction of an LNG plant in Iran.

© Sputnik / Alexey Nikolsky
Russia-Iran 'Relations Will Further Develop' Thanks to Rouhani's Reelection
“I’m skeptical about export-oriented gas projects in Iran, all the more so when we talk about LNG technologies. One problem is that Iran is consuming more natural gas than it produces and I don’t think it will be have enough gas to sell abroad any time soon. Another problem is that the technology of LNG production is still in a development stage in Russia, which cannot buy them abroad due to the sanctions. That’s why I think that Gazprom is either working for the long haul or has a way to acquire the knowhow and equipment from its Western partners,” Kozhanov said.

“I still don’t believe that such a project could be implemented in Iran, at least for now,” he added.

Russia is planning to expand economic cooperation with the Islamic Republic of Iran in the oil and gas industry to ensure sustainable economic development, President Vladimir Putin said after meeting his Iranian counterpart, Hassan Rouhani in Moscow in March.