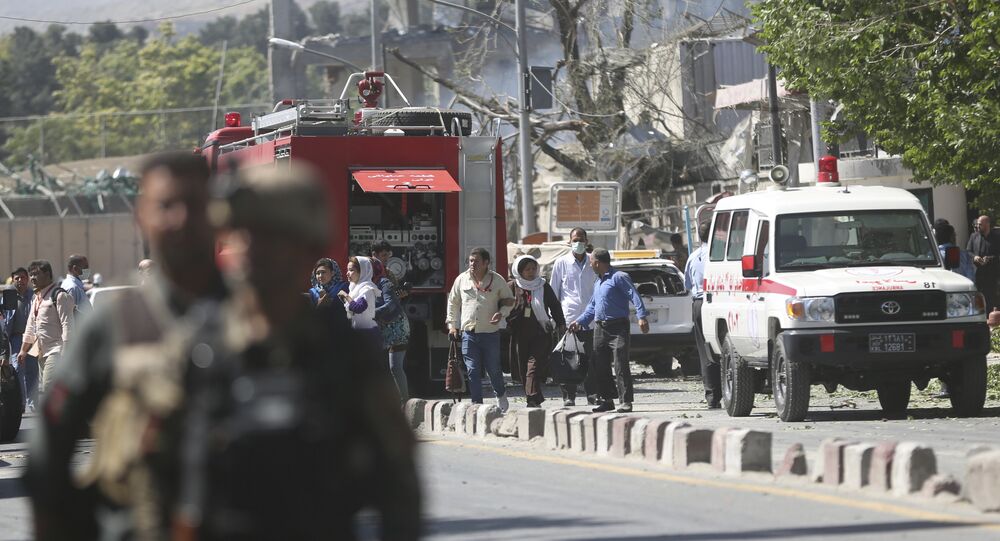 France’s embassy in Kabul was damaged by the powerful explosion that hit the Afghan capital earlier on Wednesday, Marielle de Sarnez, the French minister in charge of European Affairs, said.

© REUTERS / Omar Sobhani
Daesh Claims Responsibility for Kabul Blast That Killed 90, Injured Hundreds
MOSCOW (Sputnik) — The blast occurred in the Afghan capital in the area near many foreign embassies and the presidential palace.

"According to the information that I have received, the French embassy as well as the German embassy were damaged," the minister told the Europe1 radio station, adding that she had no information as to whether the staff of the diplomatic missions were injured.

The embassy of China in Kabul was also damaged by the blast, Hua Chunying, the Chinese foreign ministry’s spokeswoman, said.

"According to our data, Chinese embassy’s building received certain damages. Fortunately, none of the embassy’s staff members were injured. Currently we do not have information on the casualties and injured among the staff of the Chinese companies or citizens in Afghanistan," the spokeswoman said at the press briefing.

Media that cited the Afghan Health Ministry reported that up to 90 people were killed and 380 more were injured in the explosion. According to the preliminary information of the country's Interior Ministry, the explosive device had been planted in a car used to transport water. Daesh has reportedly claimed responsibility for the attack.