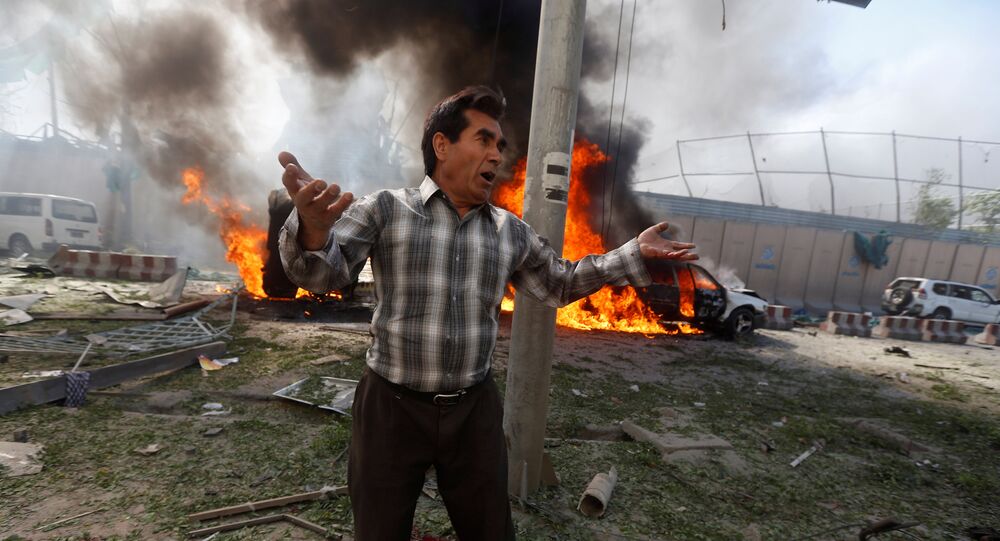 A big explosion rocked the centre of Afghan capital of Kabul, killing several people and injuring others.

Afghan Interior Ministry's spokesman Najib Danish has confirmed the incident to media outlets adding that a suicide bomber detonated a vehicle packed with explosives close to the Zanbaq square.

At least 65 people were said to have been killed in an explosion and 325 wounded in the Afghan capital of Kabul, local media quoted the Ministry of Public Health.

Blast Rocks Afghan Capital of Kabul Near US Embassy