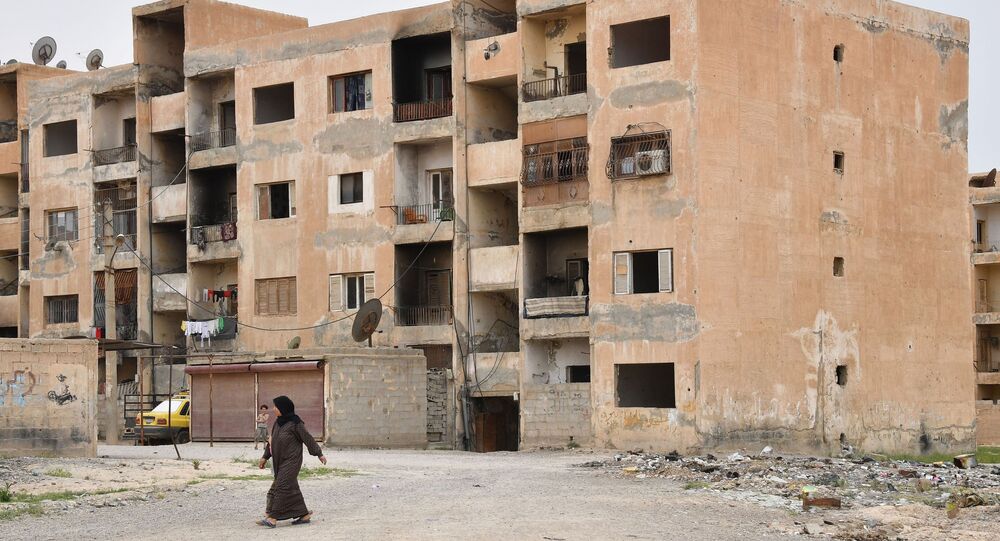 © Sputnik / Mikhail Voskresenskiy
Daesh Attacks Syrian Deir ez-Zor With Rockets, Kill 3 Civilians - Reports
Syrian government forces have control over a half of Deir ez-Zor, which has been besieged by Daesh militants over three years. The Syrian forces continue an offensive aimed at lifting the siege and creating supply lines for the city’s residents. Presently, the only means of delivering supplies to the city is by air.

Syria has been gripped by a civil war for six years, with government forces fighting against Syrian opposition groups who strive to overthrow President Bashar Assad and numerous extremist and terrorist groups such as the Daesh and Jabhat Fatah al Sham, both outlawed in Russia.