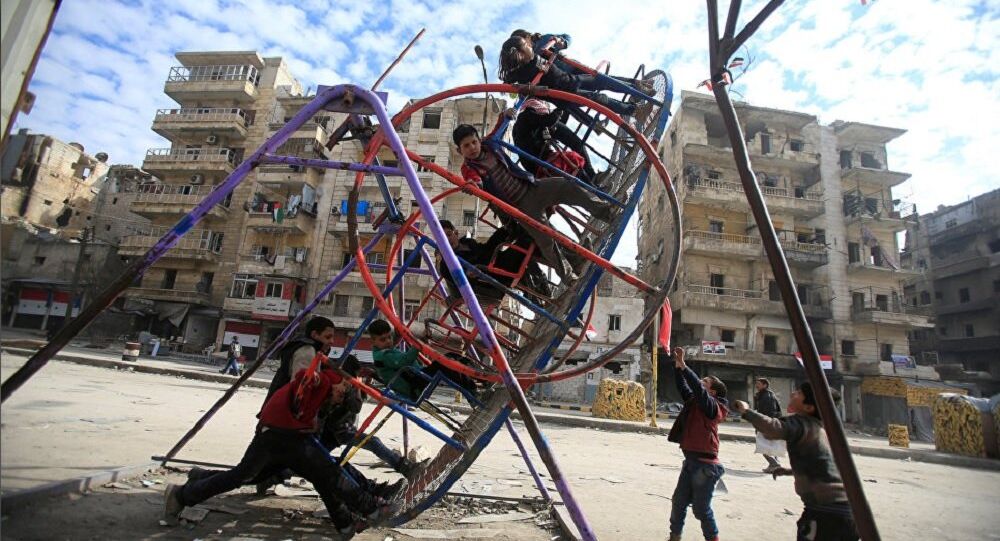 Liberated Aleppo's children are getting vaccinated against measles for the first time since the conflict engulfed the area.

ALEPPO (Sputnik) — Children's doctors of Syria's northern Aleppo province have launched vaccinations against measles in settlements liberated from terrorists, the head of the Aleppo Health Department said on Tuesday.

"The vaccination of children was organized for the first time since the beginning of hostilities in 2012 both in a few operating medical facilities and on the streets of small settlements. We are also planning to vaccinate infants who have not been vaccinated in time," Ziad Hajj Taha told reporters.

Similar programs are being undertaken in other government-controlled parts of the country.

© Sputnik / Mikhail Alayeddin
No Mercy: EU Extends Sanctions Against War-Torn Syria Until June 1, 2018
The Syrian official added that the country does not produce the vaccines itself and their imports were complicated by the restrictions imposed by several Western states, but Syria was supported by states such as Russia, China and India.

Syria has been in the state of civil war for six years, with government forces fighting against both Syrian opposition groups and terrorist organizations. The conflict that broke out in 2011 has already resulted in a large-scale humanitarian crisis, including in healthcare.

Plowshares Into Swords: Aleppo Farmers Defend Themselves From Daesh in Syria