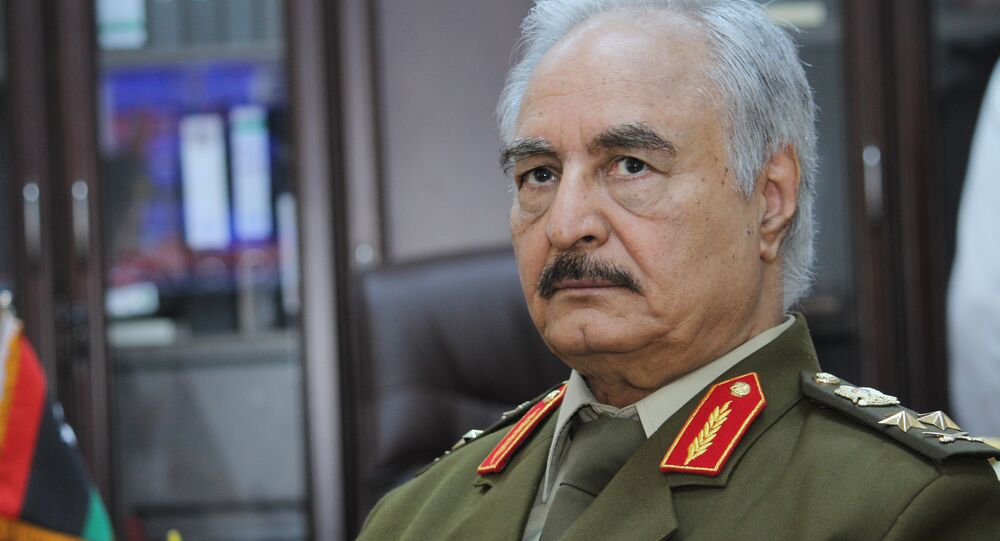 According to reports, Head of the Libyan National Army accused the Qatari authorities of support of the terror groups.

"The Libyan army records arrival of citizens of Chad, Sudan and other African and Arab states to the country's territory, who entered Libya due to lack of control over the borders. They received money from Qatar, as well as other countries and terrorist groups, linked to the Al-Qaeda terrorist organization (banned in Russia)," Haftar said in a statement, obtained by Sky News Arabia.

Haftar's statement came amid recent worsening of relations between Qatar and some Gulf states, such as Saudi Arabia and the United Arab Emirates., the media of which have been conducting an active information campaign accusing the Qatari government of funding terrorism and harboring militants on its territory.

Libya has been in a state of turmoil since 2011, when a civil war broke out and its longtime leader Muammar Gaddafi was overthrown.

The Libya's eastern regions are now governed by the elected parliament headquartered in the city of Tobruk. The Government of National Accord, formed with the support from the United Nations and Europe and headed by Prime Minister Fayez Sarraj, operates in the country’s west, including the Libyan capital of Tripoli.

The eastern authorities act independently from the west, cooperating with the Libyan National Army led by Haftar to fight against Islamic terrorists.