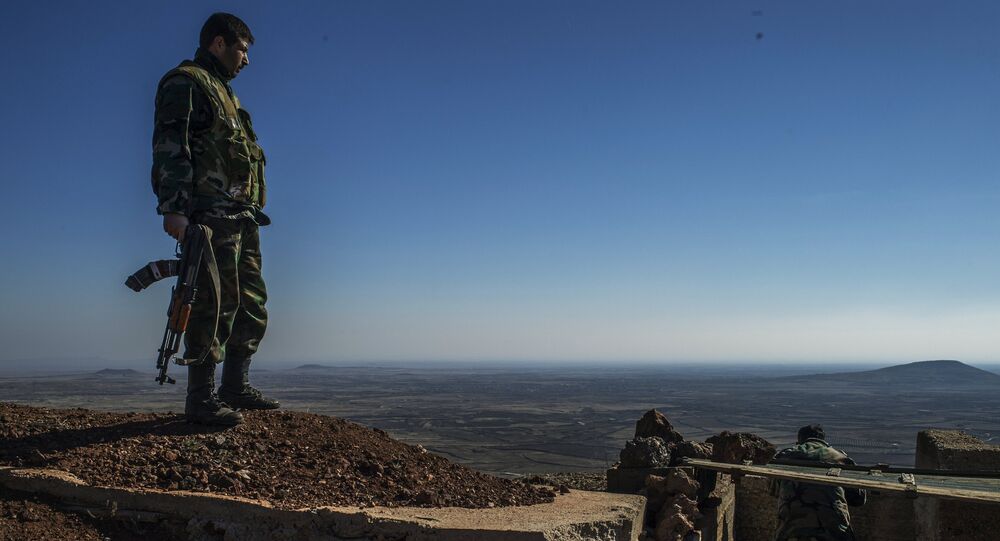 Iran is ready to send its representatives to monitor the ceasefire in Syria's four de-escalation zones.

“If the required grounds are provided, there would be a need to deploy forces who can monitor the ceasefire… We are prepared to take this measure if the necessary agreement is reached,” Qassemi said, as quoted by the Tasnim news agency.

The spokesman noted that trilateral talks between Iran, Russia and Turkey on the Syrian ceasefire and safe zones were underway.

© REUTERS / Omar Sanadiki
Three-Dimensional Chess Set: How Realistic is Syria's De-Escalation Zone Plan?
On Friday, Russian Foreign Minister Sergei Lavrov said that Russia would contribute to the establishment of groups aimed at monitoring the Syrian ceasefire in the de-escalation zones within the near future.

On May 4, Russia, Turkey and Iran signed the memorandum on establishment of four safe zones Syria as part of the Astana settlement talks. The zones span the northwestern Idlib province and parts of the neighboring Latakia, Hama and Aleppo, the north of the central Homs province, Eastern Ghouta near Damascus, as well as southern Daraa and Quneitra regions. The memorandum came into force on May 6.