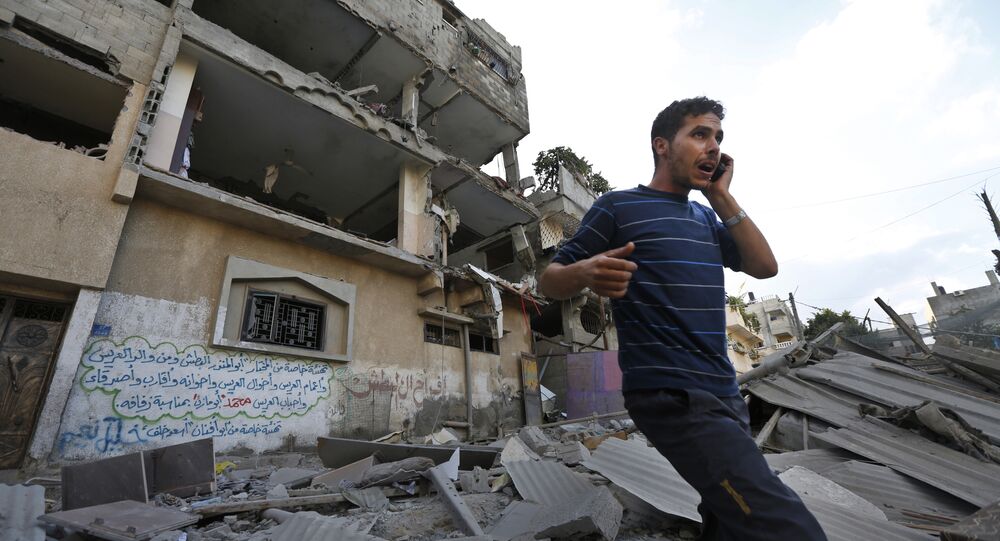 Israel has reduced its supplies of electricity to the Gaza Strip after Palestinian authorities refused to pay the monthly bill in full earlier in the week, local media reported Thursday.

MOSCOW (Sputnik) — Within the framework of the agreements between Israel and the Palestinian Authority (PA), Israel supplied 125 megawatts of electricity to the Gaza Strip in exchange for the PA paying 40 million Israeli new shekels ($11.2 million) a month for the provision. However, earlier in the week, the PA announced that it would reduce the payments down to 25-30 million Israeli new shekels.

© AP Photo / Ariel Schalit
UNESCO Urges Israel to Ease Access for Humanitarian Organizations in Gaza Strip
According to The Jerusalem Post, Israel reduced the supplies to Gaza down to three hours a day after the PA made its announcement.

The news outlet added, citing Israeli Coordinator of Government Activities in the Territories Yoav Mordechai, that the reduction was an internal Palestinian issue.

The situation with electricity in the Gaza Strip is quite difficult, as the region cannot produce enough power to meet its own needs. The issue has become more complicated since Gaza’s power plant was shut down in April, and with supplies from Egypt to Palestine unstable, Israel is the only reliable supplier of electricity for the region.