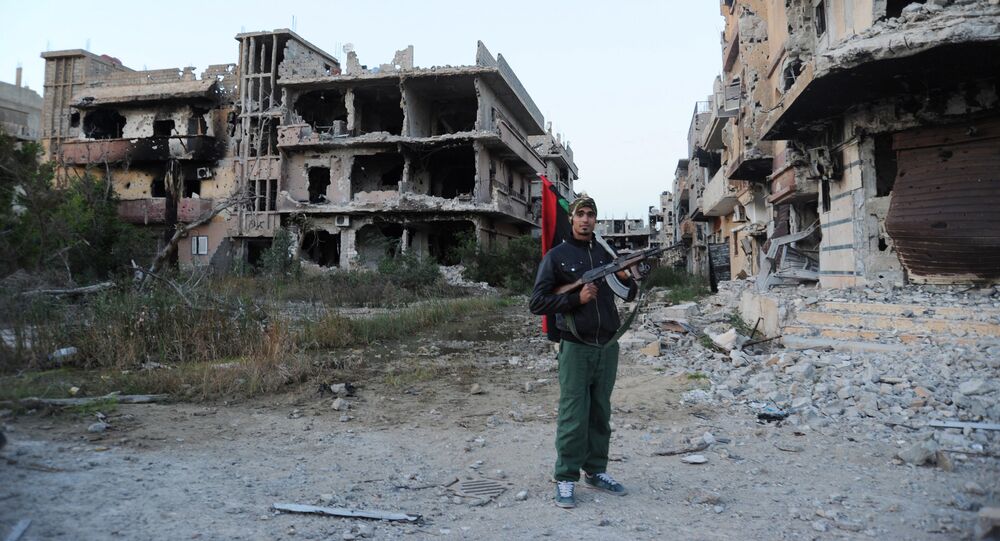 Libya has been struggling with political conflict and a collapsing economy since 2011. The last three years have seen an even further degradation of the already dire situation.

MOSCOW (Sputnik) — The people of Libya, a country crippled by ongoing fighting, a deteriorating economic situation, and blurred prospects for a peaceful resolution of the political crisis, are finding it more and more difficult to fulfill the simplest daily needs and tasks, such as basic medical treatment or cash withdrawal, as the nation’s humanitarian crisis worsens, Katja Lorenz, who was head of the International Committee of the Red Cross (ICRC) delegation to Libya until April 2017, told Sputnik in an interview.

"It's really a continuously deteriorating humanitarian situation over the past years. Part of it is directly linked to the ongoing fighting. There are people killed, injured, wounded, left with disabilities, and people displaced within their own country. Plus, we have this coupled with a declining economic situation. People find that their everyday life is becoming more and more expensive, not all goods are still available. There is a high inflation," Lorenz said.

© AFP 2021 / MAHMUD TURKIA
Libyan Puzzle: Who Benefits the Most From Instability in the Country
Thus, the proportion of functioning health institutions is rapidly declining. Receiving proper treatment has now become impossible not only for those who are wounded from the ongoing fighting in the country, but also for those who have chronic diseases.

"If you have arthritis, if you are a diabetic person or suffering from cardio condition, or if you lost a limb for a variety of reasons, these are kind of services that you basically don't find in Libya any more. People who maybe be in the past could go abroad to seek this treatment, find it extremely hard to do today," Lorenz, who has more than 16 years of field experience in ICRC, said.

© AP Photo / Mohammed El-Sheikhy
Political Unity in Libya One Step Closer as General Haftar Named New Army Chief
According to the European Commission fact-sheet on Libya, as of January 2017, 2.4 million out of a total population of 6.3 million people have been affected by the nation’s crisis since mid-2014. At present, some 1.3 million people require humanitarian assistance.

One of the most pressing aspects of the overall humanitarian disaster in the country is now the failing economy coupled with high inflation. According to Trading Economics data portal, the inflation rate in Libya was recorded at around 27 percent in March 2017, while the average level stood at around 7 percent from 2004 until 2017. Inflation spiked in July 2016, reaching a record high of 31 percent.

"If you are a displaced person who has to pay a rent, who has to spend now much more money on a daily life (and salaries, if they are still paid, are paid with months of delay), then you find it really difficult to get by. It is also extremely difficult to get cash out of banks. Sometimes people are queuing for most of the weekend," Lorenz said.

"The system is much affected by the ongoing situation. The ministries do not have the money they used to have in the past and cannot provide the same level of services to the population," she added.

ICRC currently has four offices and over 110 staff members across the country, where the organization is fulfilling its mandate as a neutral and impartial humanitarian actor and trying to reach people in need wherever they might be. The ICRC’s 2017 budget for Libya is around 22 million Swiss Francs ($22.6 million US dollars), according to Lorenz.

"We have been extending over the past years. The ICRC has more than doubled its budget in Libya over the past two years in response to the degrading humanitarian situation. It is likely to continue deteriorating, so we expect to continue increasing our activities and responds to these needs," she added.

© Sputnik / Andrey Stenin
Prophecy Fulfills: Leaked Files Reveal That Gaddafi Warned His Ousting Would Lead to Terror Attacks in Europe
On Sunday, the UN Refugee Agency UNHCR announced it is stepping up its presence in Libya because of the worsening humanitarian crisis. This would constitute the creation of new offices and community development centers for refugees and asylum seekers.

Libya has been in a state of turmoil since 2011, when a civil war broke out in the country and long-standing leader Muammar Gaddafi was overthrown. The country was then contested by two rival governments: the internationally-recognized Council of Deputies based in Tobruk and the Tripoli-based General National Congress.

The two governments agreed to create the GNA, form the Presidency Council, and end the political impasse in late 2015 under the support of the United Nations.