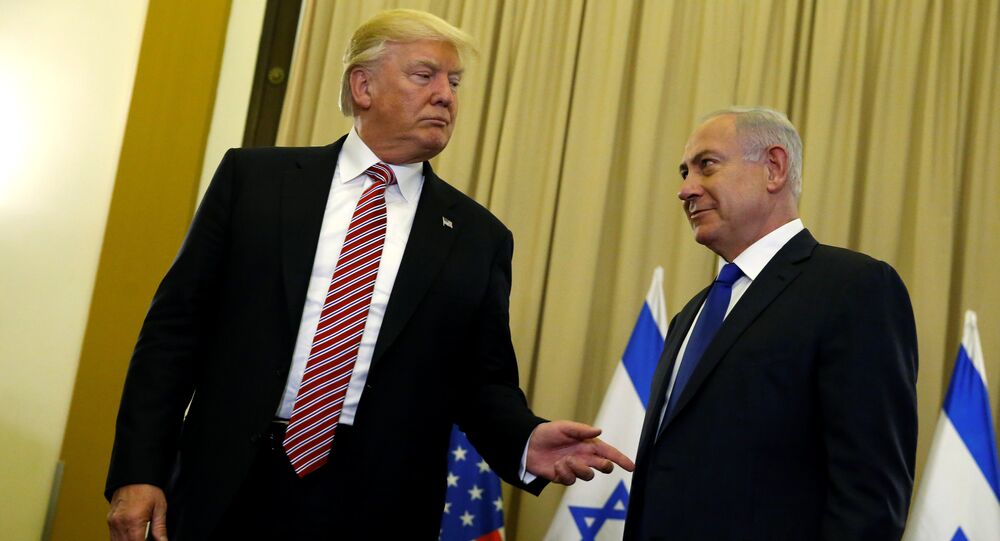 WASHINGTON (Sputnik) — Israel has changed its intelligence-sharing rules with the United States after Trump leaked sensitive intelligence to Russian officials, Defense Minister Avigdor Liberman said in an interview on Wednesday.

"I can confirm that we did a spot repair and that there's unprecedented intelligence cooperation with the United States," Liberman told Army Radio, according to the Jerusalem Post.

Trump discussed classified information during a meeting at the White House with Russian Foreign Minister Sergey Lavrov on May 10.

Lieberman said he would not reveal details about how Israel responded to the intelligence leak.

"Not everything needs to be discussed in the media; some things need to be talked about in closed rooms," he said, according to reports.

Trump left Israel Tuesday after a 28-hour visit during which he met with senior officials including Prime Minister Benjamin Netanyahu.