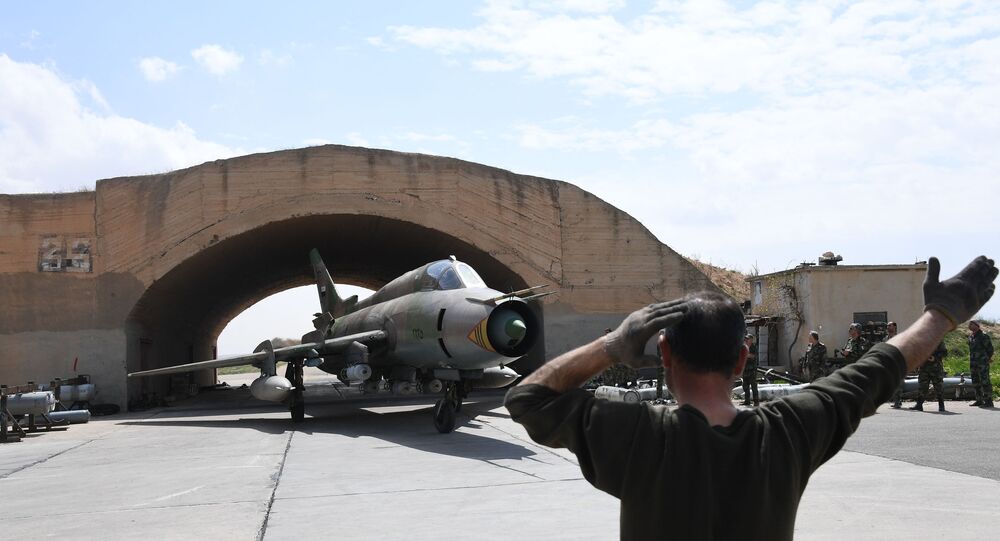 Syria Returning Military Aircraft, Personnel to Airbase Attacked by US

The Syrian authorities began returning fighter jets and military personnel to the Homs airbase that was attacked by the United States in April, US media reported on Wednesday citing defense officials.

MOSCOW (Sputnik) — The Syrian military have started to move fighter jets and military personnel back to the Sha'irat Airbase in Homs over a month after the United States carried out a strike against it.

"They will be flying out of there again soon," the NBC News channel reported, citing an unnamed defense official.

According to the sources, the Syrian government managed to repair some of the infrastructure of the airfield and already began moving the Su-22s and the MiG-23s back to the airfield.

© REUTERS / Jonathan Ernst
US, Saudi Arabia Agree on Need to Maintain Syrian Territorial Integrity - White House
On April 6, the United States launched 59 Tomahawk cruise missiles at the Sha'irat airbase, with US President Donald Trump stating the missile attack was conducted in response to an alleged chemical attack on civilians in the Idlib province, which killed more than 80 people, including children.

Damascus has denied any involvement in the chemical attack, and the Syrian army said it did not have chemical weapons, as they were destroyed under the supervision of the Organization for the Prohibition of Chemical Weapons (OPCW) after the 2013 sarin gas incident in the east Ghouta.

US Coalition Strike on Syrian Army Occurred Within Deconfliction Zone