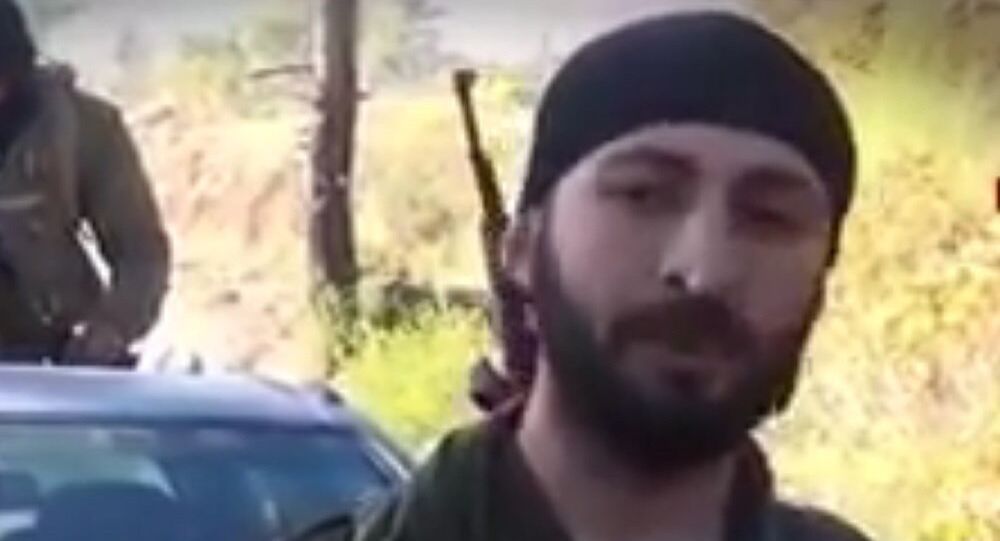 Alparslan Celik, the man who took responsibility for murdering one of the pilots of Russia's Su-24 jet downed by Turkey in Syria in 2015, has been sentenced to five years in prison for illegally possessing weapons.

"Today, a court in the [Turkish] city of Izmir concluded the trial about illegal possession of weapons by defendant Alparslan Celik and sentenced him to five years of imprisonment. The court did not raise the issue of his implication in the death of Russian pilot [Oleg] Peshkov, the investigation continues," Celik's lawyer Murat Ustundag told Sputnik.

A Turkish F-16 fighter shot down the Russian Su-24 combat jet near the Turkish border in Syria on November 24, 2015. Both pilots ejected. One of them was saved, but Oleg Peskov was killed by militants' fire from the ground. In the course of the rescue operation, a Russian marine was also killed.

Turkish ultranationalist Celik announced his responsibility for the murder. But after being arrested, he said he had not killed the pilot and ordered his subordinate militants not to open fire. Celik and 18 other individuals were accused of illegal possession of weapons.

© REUTERS / Reuters TV/Haberturk
A combination picture taken from video shows a war plane crashing in flames in a mountainous area in northern Syria after it was shot down by Turkish fighter jets near the Turkish-Syrian border November 24, 2015
© Sputnik / Uliana Solovyova
Widow of Downed Russian Su-24 Pilot Ready to Personally Accept Turkish FM's Apologies
The Russian aircraft was carrying out anti-terrorist operations in Syria. The incident caused a deterioration of relations between Ankara and Moscow, with Russian President Vladimir Putin calling it "a stab in the back."

Russia has repeatedly said that Turkey should apologize for downing the plane and cover any material losses to the country and the pilot's family, as well as punish those responsible for the incident.

On June 27, the Kremlin's press office published a statement, in which it announced that Turkish President Recep Tayyip Erdogan had sent a letter to Russian President Vladimir Putin to apologize for the November 2015 incident.