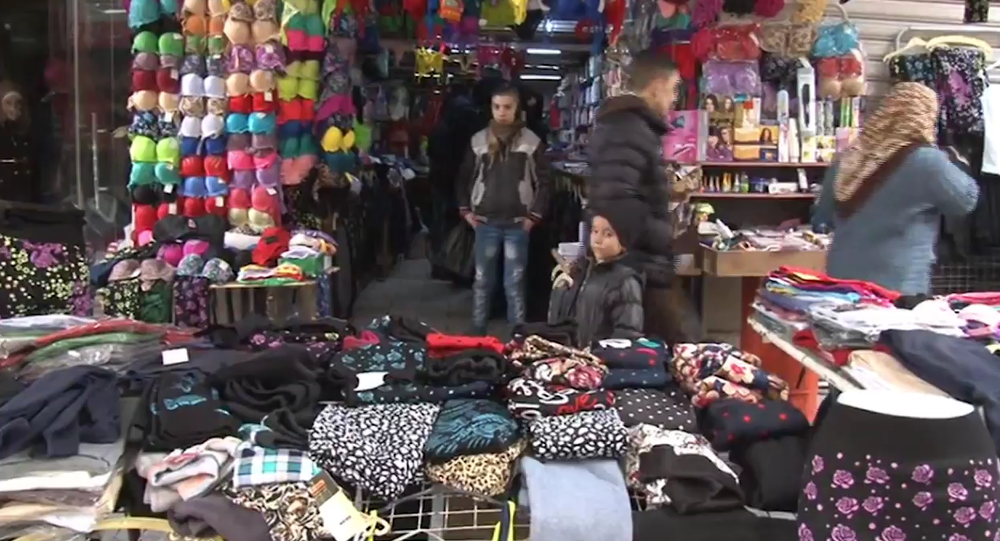 Chairman of the Federation of the Syrian Chamber of Industry Fares Shahabi said that more than 15,000 out of 60,000 small businesses, which had operated in the Syrian province of Aleppo before the outbreak of hostilities, have now resumed work.

© Sputnik / Mikhail Alaeddin
Syrian City of Homs is Now Completely Free as Last Militants Leave al-Waer District
ALEPPO (Sputnik) – More than 15,000 out of 60,000 small businesses, which had operated in the Syrian province of Aleppo before the outbreak of hostilities, have now resumed  work, Chairman of the Federation of the Syrian Chamber of Industry Fares Shahabi said Monday.

"The authorities are trying either to subsidize small business, or to provide interest-free loans to the entrepreneurs. As a result, over 15,000 small businesses are currently operating in the province, starting from scratch" Shahabi told reporters.

The Syrian official pointed out that there was some relief measures for businesses, in particular, tax breaks for periods of time during which the enterprises were inactive due to occupation by militants.

Shahabi recalled that since the beginning of fighting in Aleppo in 2012 and until November 2016, the militants destroyed almost all small enterprises, transforming the remaining ones into mini-factories for the production of weapons, explosives and mines.

The official stressed that the revival of private enterprises, the share of which in Syria has traditionally exceeded 90 percent, was the main economic task of the local authorities. He added that in order to achieve this goal the authorities were engaged in restoration works, on the electricity grid in particular, where cables were laid in the shortest possible time.

Shahabi expressed confidence that the rapid revival of small business would have been impossible without the work of Russian field engineers, who cleared small workshops of mines, providing entrepreneurs with the opportunity to work safely.

In recent months, the Syrian army, supported by the Russian Aerospace Forces, succeeded in liberating a number of territories in Aleppo occupied by militants, including from the Daesh terrorist group, which is outlawed in many countries, including Russia and the United States.