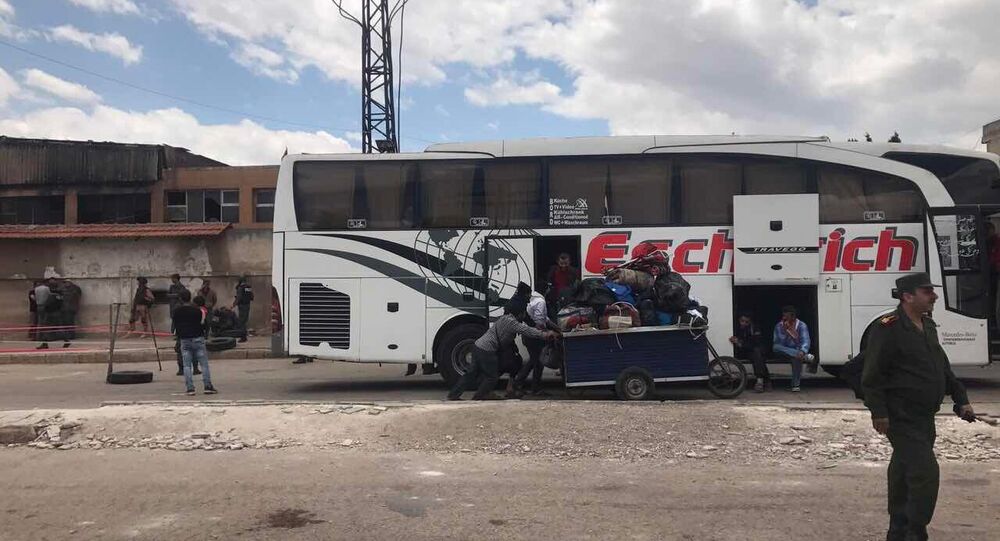 450 people, including 193 militants, with 122 among them armed, have left Homs as part of the final stage of the withdrawal under the deal with the Syrian government, according to a Sputnik correspondent.

HOMS (Sputnik) — A group of 450 people, including 193 militants has left the El Waer district of the Syrian city of Homs as part of the final stage of the withdrawal under the deal with the Syrian government, a Sputnik correspondent reported Saturday.

"As of now, 450 people, including 193 militants, with 122 among them armed, have left [Homs]. The final stage may not finish today and will continue through Sunday," a Syrian police officer told Sputnik.

About 17,000 people, including 3,500 militants have already left El Waer. After all militants leave Homs, the city will be under full control of Damascus.