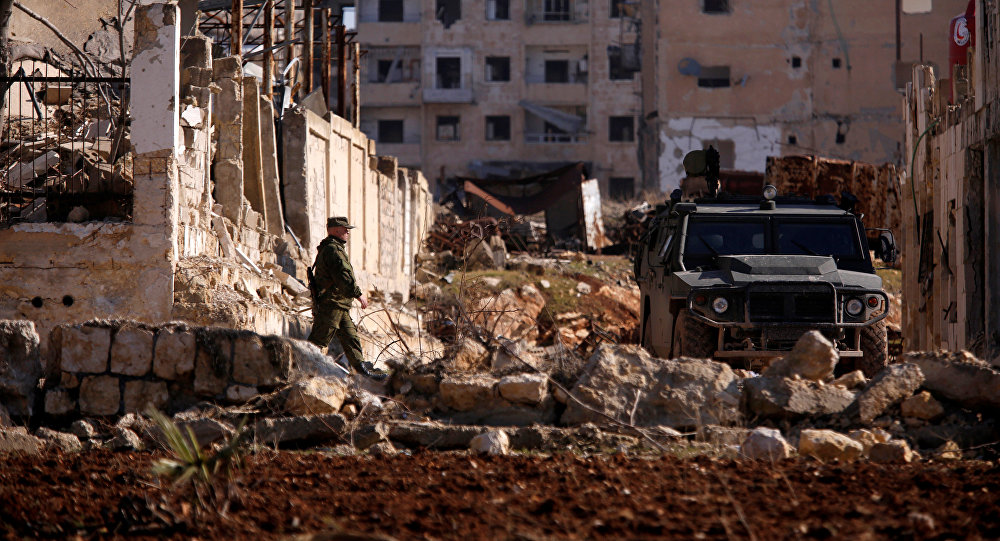 Renowned Russian humanitarian and charity activist Elizaveta Glinka, widely known as Dr. Lisa found a place in all our hearts for her humanitarian service in Ukraine and Syria. Her foundation “Fair Help” will now be called “Fair Help by Doctor Lisa” to perpetuate the name of the deceased founder.

Sputnik Arabic spoke to a board member and head of the project for aiding children of Donbass and Syria, Natalia Avilova, about how the organization has been coping with everything since Elizaveta died.

“It has been almost half a year since she passed. Of course, the most difficult time for us and for our patients was the first three months. We, the team of Doctor Lisa, did not just lose a leader, we lost a mentor, a teacher and for many of us a friend. It was a big blow for all of us and for our patients,” Avilova said. 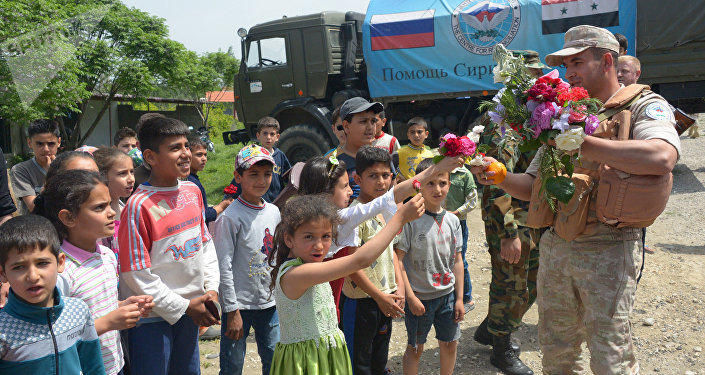 © Sputnik / Dmitri Vinogradov
Echoes of Wars Gone By: Syrian Children Greet Russian Troops With Flowers
She further said that the patients did not understand how they will be helped after Dr. Lisa’s death, who will help them, whether the fund will be able to carry on with its work without its founder.

However in 2-3 months, the team realized that Elizaveta Glinka had taught them so much over the past years years that they could and will continue her work and make her memory live on.

“In February, we expanded our work by opening a new project. We called it the "Children of Syria" because Elizaveta Petrovna died during her trip to the Syrian Arab Republic, delivering the first humanitarian aid of “Fair Help” to the Tishrin University Hospital,” Avilova told Sputnik Arabic.

She said that they delivered the aid cargo to Syria in February and also decided to launch the project as a permanent one in memory of what Elizaveta Petrovna was doing there.

© Photo : Pixabay
Children of Syria Will Have 'Irreversible Mental' Health Issues, NGO Warns
“She died while helping these children survive so of course it is a great honor for us that we can continue to help those children who suffered so much as a result of the military operations,” Avilova said.

She further said that since the project was launched they have flown to Syria twice, together with their colleagues from the Russian humanitarian mission of Yevgeny Primakov.

“Both trips went to Latakia. We brought in 500 kg of medicines, out of which 20 went to the children-patients at the Tishrin University hospital,” the head said.

Currently, the organization is considering the possibility of bringing in Syrian children in dire need of health care to Russia for treatment.

Some children are suffering from cancer and they need urgent help. However, no firm decision has yet been made.

“On our last trip we also discussed the issue of mine safety. From the experience of working in Donetsk, where we conducted a six-month training program for children, primarily for schoolchildren, about what mines are and how dangerous they can be if approached. Now we are discussing launching a similar mine safety program in Syria in the summer or maybe in September, when the children return to school,” Avilova said.

She added that they have the resources and psychologists who are working on developing this program for the children.

“The only thing we want after a dozen of trips to Syria and Ukraine and that’s what Elizaveta Petrovna always spoke about – is peace. When that happens we will once again calmly feed the homeless, give out food sets to the needy and take care of the sick. We want war to end and so that children, the most defenseless people, do not suffer from military operations,” she concluded.

Dr. Elizaveta Glinka, or Dr. Lisa, as she is known in Russia and Ukraine, was a blogger and a charity activist. She first started getting involved with charity in 1999, when she started the first private hospice in Kiev, Ukraine.

Since then, she dedicated herself to treating homeless people and seriously ill patients free of charge. Her “Fair Help” charity foundation provides material support and medical aid to terminally ill cancer patients.

Since the start of military activity in the southeast of Ukraine, however, Dr. Lisa shifted gears, risking her life evacuating sick and wounded children from the war zone.

She died on December 25, 2016 during the crash of Tu-154 Russian defense Ministry aircraft in Sochi, while it was heading to Syria. It was carrying humanitarian cargo, which was mostly full of medical supplies for the hospital Tishrin in Latakia.

How 'Militants Used Potatoes to Trick Children' in Syria's Rashidin

How 2016 Became the Worst Year for Syrian Children