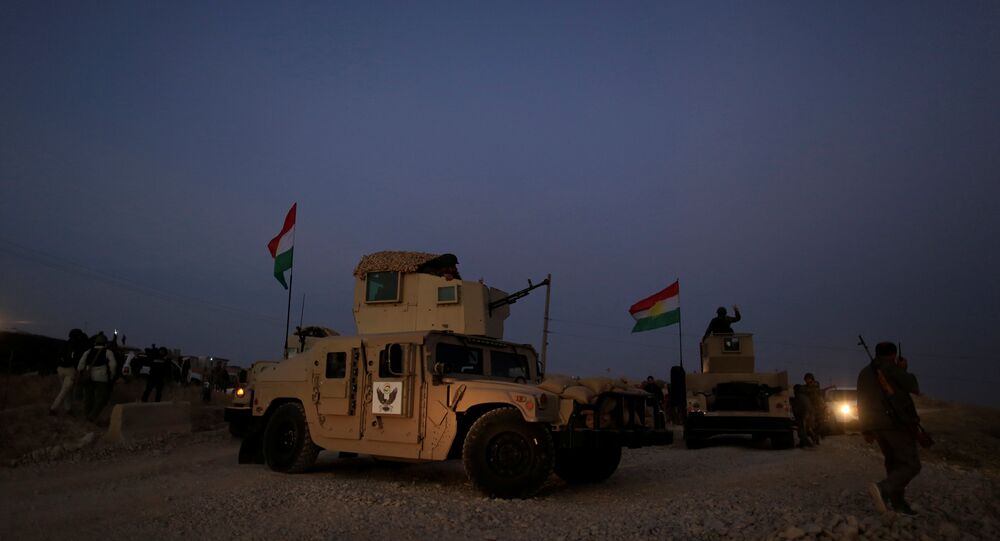 A representative of the leading Kurdish party in Iraq, the Democratic Party of Kurdistan (KDP) in Mosul, Said Mamuziny, spoke to Sputnik in an interview about how the detachments of the Iraqi militia Hashd al-Sha’abi were seen setting up positions next to the Kurdistan Worker’s Party members in Sinjar.

© REUTERS / Murad Sezer
Euphrates Shield 2.0? 'Turkey May Launch a Ground Operation in Iraq's Sinjar'
Following the liberation of Sinjar district from Daesh, detachments of Hashd al-Sha’abi were seen setting up positions next to the Kurdistan Worker’s Party.

The forces of Hashd al-Sha’abi unilaterally conducted an operation to liberate the Keyrеwan settlement located on the Sinjar border, from Daesh.

That provoked a protest from the Regional Administration of Iraqi Kurdistan.

According to the agreements settled earlier between the central government of Iraq and the Kurdish administration, it was decided that a joint operation against Daesh will be carried out in the area which is inhibited by Kurds.

Back in November 2016, the Iraqi parliament gave the Shiite militia Hashd al-Sha’abi the power of law enforcement agencies, which basically provides the militia with the same powers as the government army and police.

Representative of the Democratic Party of Kurdistan in Mosul, Said Mamuziny, commenting on the situation in Sinjar told Sputnik that, “It was assumed that the villages in the Sinjar area would be liberated by Peshmerga forces but they were actually liberated by Hashd al-Sha’abi.”

He further said that, “In total, they took control of 7 villages. There should not be any other force here except the Peshmerga detachments. The territories in the Sinjar area must be liberated by the Peshmerga fighters,” Mamuziny said.

It was reported that Hashd al-Sha’abi are now aiming to reach Hezbollah forces on the Syrian territory.

Looking at that Mamuziny said, “We believe that these villages were taken by the Iraqi militia in order to establish communication with the Shiites in Syria.”

Over 1,600 Yazidis Found in Mass Graves in Northern Iraqi City of Sinjar