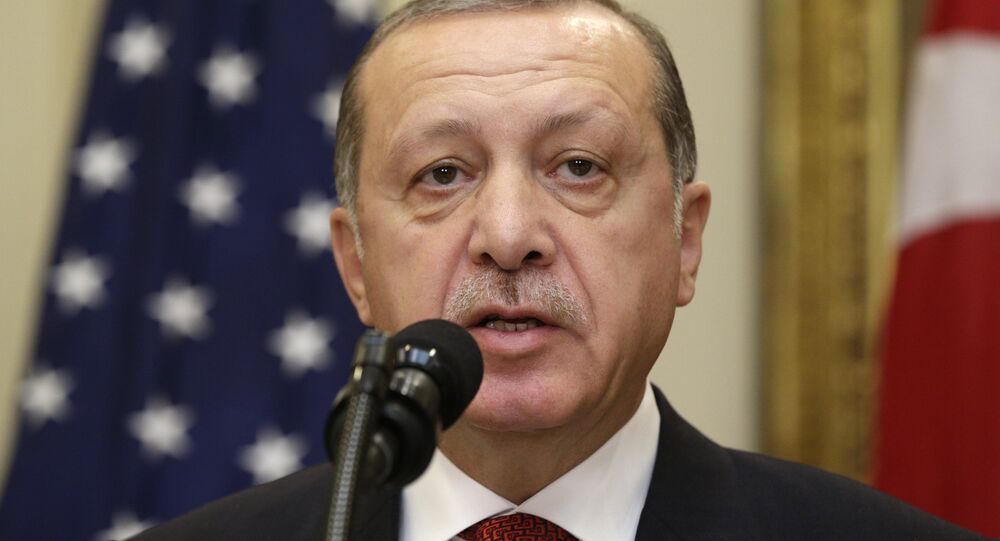 The Turkish Foreign Minister Mevlut Cavusoglu has called for an anti-terror US envoy to be removed from his post. Mr. Cavusoglu claimed that Brett McGurk — the US special envoy to the coalition against Daesh — supports Kurdish militants.

The spat comes after a bruising few days for Turkish US relations after Turkish President Erdogan's visit to Washington.

"We've had a great relationship and we will make it even better," Trump insisted. "We look forward to having very strong and solid discussions."

It was a great honor to welcome the President of Turkey, Recep Tayyip Erdoğan, to the @WhiteHouse today! pic.twitter.com/4BWjOCgnNv

However, such bonhomie was short-lived. The US-Turkish relationship is strained and has become more so since Erdogan's high-profile visit to Washington.

On Thursday, May 18, Erdogan's Foreign Minister Mevlut Cavusoglu called on President Trump to fire Brett McGurk, Trump's US special envoy to the coalition against Daesh.

"Brett McGurk, the USA's special envoy in the fight against Daesh, is definitely and clearly giving support to the PKK and YPG. It would be beneficial if this person is changed," Cavusoglu told NTV reporters.

The bullish demand from a Turkish official comes just days after President Erdogan told President Trump that Turkey has the right to take military measures if it is attacked by the Syrian Kurdish militia People's Protection Units (YPG) without holding consultations with the US in advance.

The furor over bloody violence by President Erdogan's security detail against anti-Erdogan US protesters outside the Turkish Embassy in Washington is also still festering.

Nine people were injured and hospitalized.

US Senator John McCain condemned the fight on Tuesday afternoon (May 16), calling it "thuggish behavior" and adding:

"I'd throw the Turkish ambassador out."

The negative public relations diplomatic situation between the US and Turkey leaves President Trump in a difficult situation.

The US relies on Turkish support in the Middle East as part of their regional anti-terror strategy.

President Trump has also faced public derision at home for not officially condemning President Erdogan's human rights record and for congratulating Erdogan on winning a mid-April referendum, which was widely seen as an authoritarian power grab.

The fight against Daesh is likely to be on the agenda for when President Trump embarks on his first international trip as president, which will take him to the Middle East, specifically, Saudi Arabia and Israel.