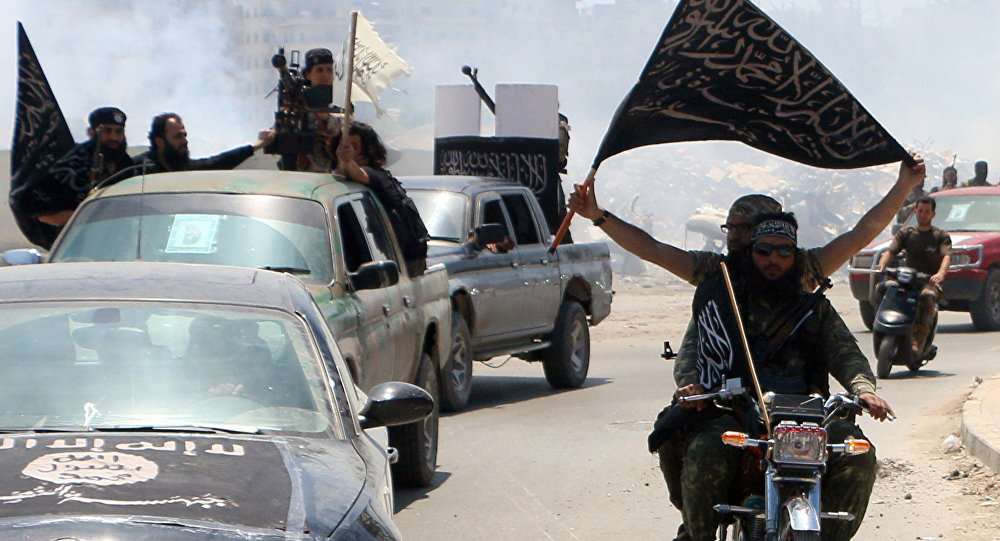 Osama bin Laden's son, Hamza bin Laden, has vowed revenge on the west for killing his father and is set to become the next leader of al-Qaeda according to a former FBI agent Ali Soufan. Radio Sputnik spoke with Yoram Schweitzer, an expert on international terrorism at the Institute for National Security Studies.

“Hamza is the most important remaining relative of Bin Laden. Since he is a symbolic figure and a grown up now and al-Qaeda is looking for a symbolic and important figure to unify the forces against the Islamic State [Daesh] I think Hamza is trying to be presented as one of its true leaders, the military commander and public figure of al-Qaeda,” Schweitzer said.

He further said that although Osama bin Laden had many sons the reason why Hamza has been in the limelight lately is because he was raised and nurtured by his father, Osama bin Laden, to become “someone, someday” to take over al-Qaeda.

However, despite all the hype around Hamza, it is still hard to tell who will be the actual leader of al-Qaeda as there are other members of al-Qaeda who are vastly popular in their ranks and alliances, the expert noted.

Looking at whether al-Qaeda is more powerful than Daesh in its reach and alliances, the expert said, “There is no question about the fact that al-Qaeda has a large alliance but saying that it is the most important organization and is superseding the Islamic State [Daesh] is a little bit of an exaggeration.”

© CC BY 2.0 / Magharebia
Evil Coalition: Daesh, al-Qaeda Trying to Forge an Alliance
“However, in the future al-Qaeda and a cluster of other organizations that are its allies and are also allies of the Islamic State [Daesh] will probably cooperate with each other at least for as long as they are persecuted by the global coalition,” Schweitzer said.

He further spoke about whether there is an alliance between al-Qaeda and Daesh today, saying that it is possible that there is some cooperation between the two organizations, although an “official merger is hardly possible,” the expert said.

According to the FBI reports personal letters from Osama’s son Hamza have been declassified. According to the information in those letters it is believed that today Hamza is about 28 years old.

The former FBI agent Ali Soufan said that Hamza’s path to become the leader of the terrorist organization was created years ago when he was used as a propaganda tool in bin Laden’s videos.

Following the May 2011 raid by US Navy SEALS in Pakistan that saw the assassination of prominent Saudi terrorist Osama bin Laden, personal letters found among artefacts seized during the operation have been declassified, revealing a son clearly intending to continue his father's work.

In the last two years Hamza has released four audio messages calling for murder in the West. The letters were seized at the northern Pakistani compound where Osama bin Laden had been living in exile prior to his assassination by the US.

US Struggling to Develop Ground Campaign Against al-Qaeda in Syria