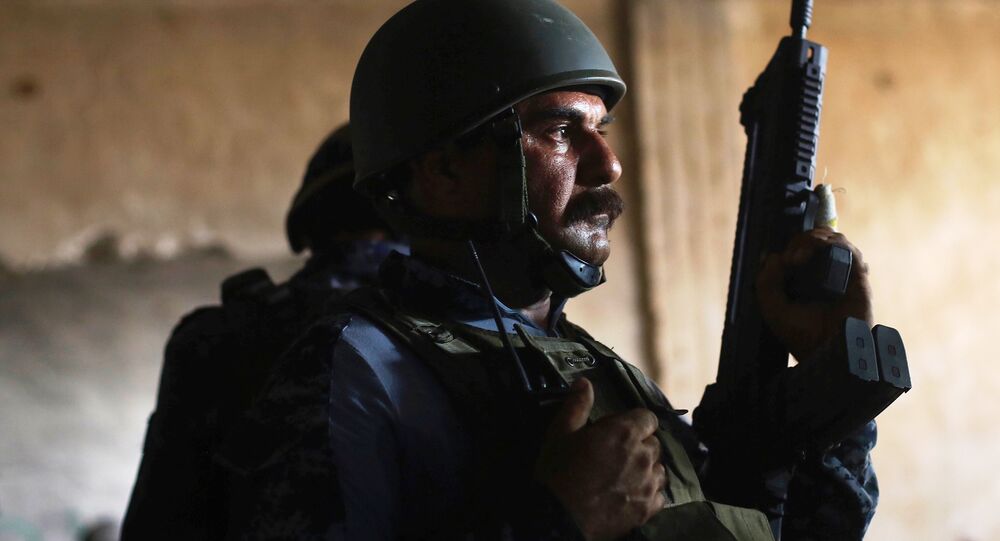 The Defeat of Daesh in Mosul Is Imminent, But What to Expect Next?

The Iraqi military and its allies have managed to extirpate Daesh from most of Mosul's territory, with only an area covering approximately 12 square kilometers remaining under the jihadists' control, according to a US military spokesman, but what next?

Seven months have passed by since the Mosul offensive began, and now Daesh only has its hands on a few districts in the western part of Mosul. The seemingly inevitable defeat of Daesh in Mosul comes just five months after the group was vanquished from its coastal stronghold in Libya, Sirte.

US Air Force Colonel and the spokesman for the coalition Operation Inherent Resolve, John Dorrian, is quoted as saying at a press conference in Baghdad that, "the enemy is on the brink of total defeat in Mosul." In tandem with Mr. Dorrian, Iraqi Brigadier General Yahya Rasool said that, "we reassure everyone that… in a very short time, god willing, we will declare the liberation and clearing of west Mosul and raise the Iraqi flag over the Old City."

Iraqi Special Forces have demonstrated time and again that #ISIS is no match for them #Daesh https://t.co/HZdmjC6ZLo

Iraqi Prime Minister Haider al-Abadi has announced that he and his government hope to proclaim the fall of Daesh in Mosul by the Muslim holy month of Ramadan, which is expected to begin on May 27.

As they did when their defeat in Sirte become ineluctable, Daesh has begun to set up a network of crude traps throughout the labyrinth of alleyways and streets that animate the Old City of Mosul. Reportedly they are also intensifying their deployment of suicide bombers against Iraqi military outposts, and are relying heavily on snipers embedded among the hundreds of thousands of besieged civilians in the west of the city.

In an effort to bolster morale among the trapped civilians, the Iraqi Air Force dropped leaflets over the city, informing them that liberation was imminent. The leaflets also instructed civilians to cease using vehicles to avoid being mistaken for Daesh fighters, who have been using suicide car bombers to attack Iraqi military bases and outposts.

Reports from inside the bombed-out sector of the city tell of a Daesh on its last legs, plagued by shrinking fighter numbers and a major deficiency in ammunition and sustenance to sustain the fighters.

Last week, the Iraqi government announced that the number of people fleeing Mosul has doubled, to about 10,000 per day. Some have pointed to the US-backed airstrikes in the city as a large reason for this. While Operation Inherent Resolve spokesmen have claimed that the US bombing campaign has been as cautious as it can when targeting areas with civilians present, there have been major blunders.

© REUTERS / Ismail Zitouny
Daesh Defeat in Sirte Marks New Chapter for Libya
For example, on March 27, an airstrike carried out by the coalition in the neighborhood of Mosul al-Jadidda killed upward of 240 civilians, according to the monitoring group Airwars and supporting Iraqi testimony. While Iraqi military officials have insisted upon the efficacy of the US campaign in weakening Daesh strongholds in and around Mosul, the mass fleeing of civilians induced by the destruction of homes as as result of US airstrikes hinders rather than helps efforts.

"Our advance on a vast front has stunned the enemy and, god willing, we will achieve victory before Ramadan and announce the liberation of Mosul and people of Mosul from the dirtiness of Daesh."

While Iraqi and US coalition forces are optimistic about the signs of decreased efficiency and cohesion within Daesh's ranks, where the group's remnants might move to next is a point of serious concern. After being delivered the coup de grace in Sirte, Libya, back in December 2016, the group simply fled and rearranged its fighters in the west of the country. The Libyan government announced soon after Daesh fled Sirte that the jihadists were rejuvenating themselves in the west by trying to recruit locals and setting up training camps.

In the Libyan case, the group displayed new levels of interoperability and cooperation by working with al-Qaeda elements in the country to build its numbers and prepare for further attacks. The alliance surprised analysts and observers of both terrorist groups, who have often shown public animosity toward one another. Al-Qaeda's leader, Ayman al-Zawahiri, once branded Daesh as "liars," and excoriated their indiscriminate methods, which include the killing of Muslims. The Defense Minister of the Libyan UN-backed Government of National Accord said in December that, "ISIL and al-Qaeda have never attacked each other here and now we have evidence that they are actively cooperating."

When the fight for Mosul eventually ends, Daesh fighters will likely disperse to different parts of the country. They have proven themselves capable of guerrilla insurgency in the cites by using tunnels and subterranean networks to move men and material. Some have spoken of the possibility of an "underground resistance" where Daesh will use its underground networks to launch attacks on civilians and Iraqi military positions.

Those fighters of foreign origin will likely want to avoid returning to their home countries where they will face the force of the law for their overseas jihad. Thus, this group can be expected to either stay in Iraq with Daesh, or to act as independent jihadists. The fear for European states, is that the foreign fighters might well adopt the older al-Qaeda model of the Mujahideen, and proclaim an international jihad. There is also the possibility that they will move to other parts of the region in search of the next theater for jihad, such as Yemen, Libya, Afghanistan or Syria.

To which pastures the jihadists will flee once they lose their dominion in Mosul is of course, hard to foresee. However, the Iraqi-US coalition must learn from the Libyan case and act quick to stabilize other parts of the country if its wants to stop the jihadist menace from rearing its head elsewhere.

Mosul Hasn't Been Fully Liberated 'Because of Washington'