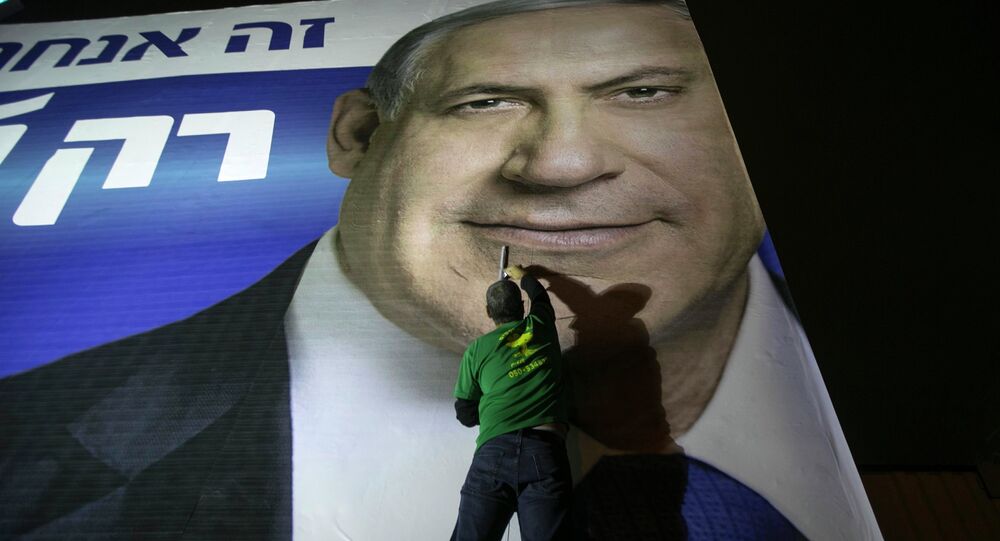 Asserting that his sources are “everyone” in Washington, DC, a Fox News reporter on Monday claimed that Israeli Prime Minister Benjamin Netanyahu is pleading with US President Donald Trump not to move the American embassy in Israel from Tel Aviv to Jerusalem.

Although Netanyahu has gone on record many times asking the US to move its embassy in Israel to Jerusalem, Fox News journalist Conor Powell claimed that ahead of Trump's upcoming visit to Israel, Netanyahu has been secretly begging the US president to keep the American embassy where it is, prompting a vehement refutation of the claim by Tel Aviv, according to the Times of Israel.

The office of the Israeli prime minister released a statement calling the information contained with Powell's tweet a "lie," and, in a rare move, published what it claimed to be partially redacted minutes from a meeting between Trump and Netanyahu in Washington earlier this year purporting to prove that the latter is in favor of the relocation.

Netanyahu, in preparation for Trump's first foray beyond the borders of the country that elected him president, is known to be hoping to gain support for the US embassy move, as it would be interpreted as validating Israel's 1967 annexation of the eastern section of Jerusalem, and a slap in the face to Palestine's original claims on the region.