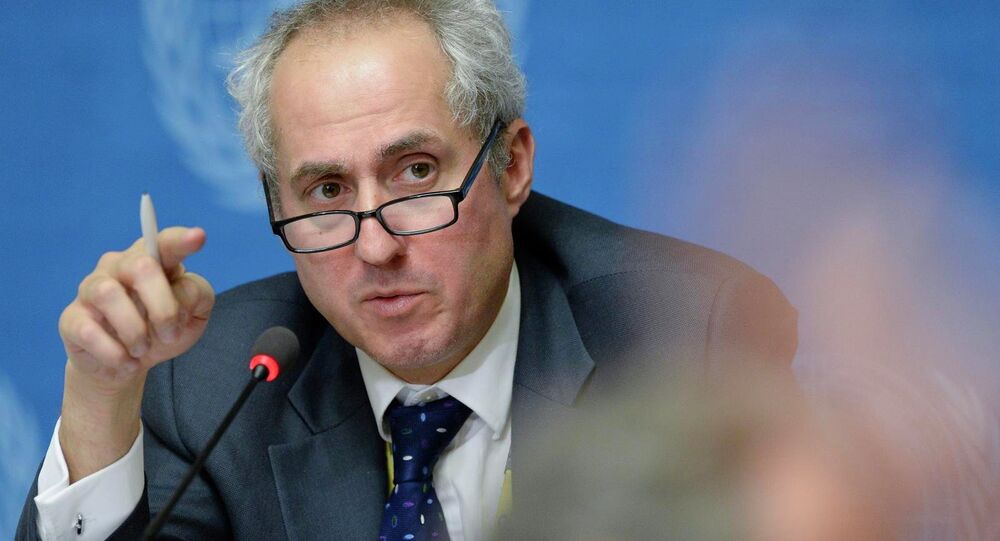 UN Can Not Verify Reports on Crematorium in Syrian Prison - Spokesman

The United Nations can not verify claims about the presence of a crematorium in Syria’s Sednaya prison, but has grounds to believe torture takes place in Syria, UN Secretary-General spokesman Stephane Dujarric told reporters on Tuesday.

"We cannot independently verify the information about the presence of a crematorium in the Sednaya prison," Dujarric said. "We are extremely concerned that thousands of civilians continue to be held in government detention centers and have grounds to believe that they are systematically subjected to cruel, inhumane and degrading treatment, including torture and sexual violence."

On Monday, the US State Department released a new report regarding Syrian government’s treatment of civilians. The report claimed the Syrian government of President Bashar Assad treated unarmed civilians in the same manner as they treated opposition militants.

Acting Assistant Secretary for the US Bureau of Near Eastern Affairs Stuart Jones said that the Syrian government had reportedly installed a crematorium in the Sednaya prison to mass dispose of detainees' remains.

Earlier on Tuesday, Damascus denied the US accusations.