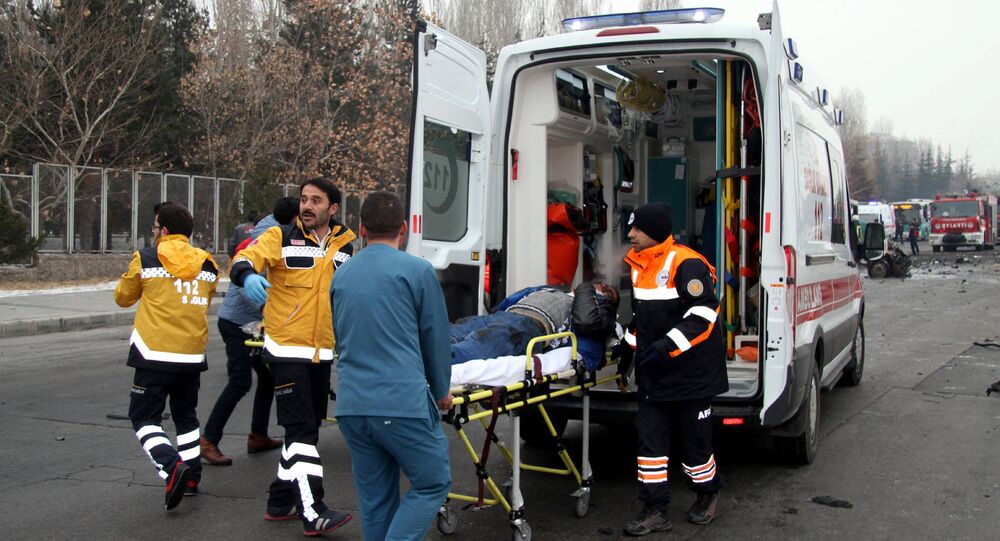 At least 20 people were killed 11 others injured after a bus with tourists headed from Turkish city of Izmir to the resort city of Marmaris with 42 people on board, when the driver lost control and the bus overturned, according to local media.

MOSCOW (Sputnik) — A bus with tourists got into an accident in the Turkish south-western Mugla province, with at least 20 people killed and 11 others injured, Mugla governor Amir Cicek said Saturday, adding that no foreigners were among the victims.

© AFP 2020 / ILYAS AKENGIN
Helicopter Carrying 14, Including 8 Police Officers Crashes in Eastern Turkey - Reports
Earlier in the day, media reported that 17 tourists were killed and 13 injured as a result of the accident.

"The number of killed was 17, but 3 others passed away in the hospital later. Now 20 people died and 11 are injured, who are in a critical condition. It was a tourist bus. There were no foreigners, all victims are our citizens," Cicek said as aired by the NTV broadcaster.

According to the broadcaster, the bus was heading from Turkish city of Izmir to the resort city of Marmaris with 42 people on board, when the driver lost control and the bus overturned.