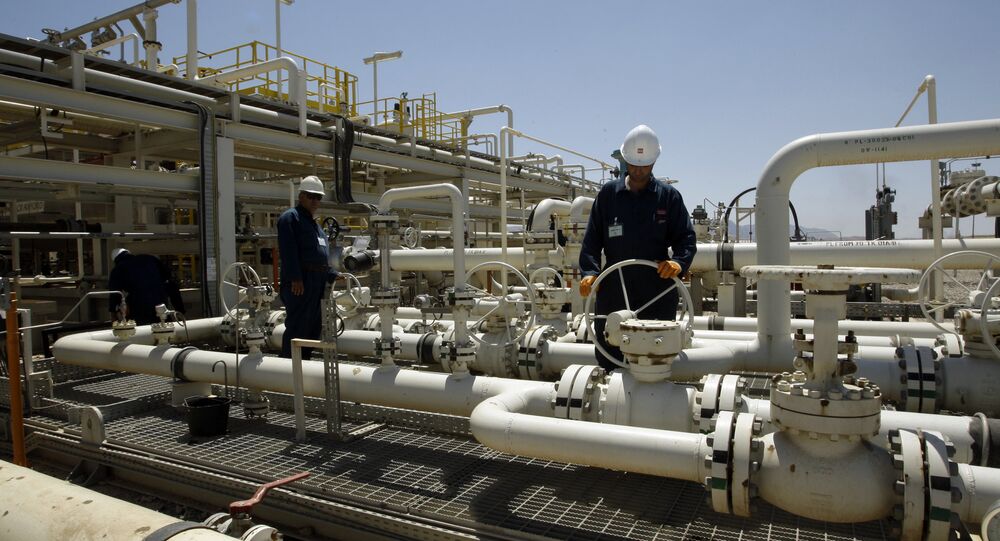 Iraqi Kurdistan Exports About 500,000 Barrels of Oil Per Day – Representative

A representative of the Kurdistan Democratic Party in Russia said that Iraqi Kurdistan exports around 500,000 barrels of oil per day.

© AFP 2020 / SAFIN HAMED
This is When Iraqi Kurdistan Will Hold Independence Referendum
MOSCOW (Sputnik) – Iraqi Kurdistan exports around 500,000 barrels of oil per day, a representative of the Kurdistan Democratic Party (KDP) in Russia, Hoshawi Babakr, said at a press conference in the Rossiya Segodnya International News Agency on Friday.

"We rely only on our own resources [of replenishing the budget], which we get from selling oil in a limited way, despite the decrease of oil prices. We are exporting about 500,000 barrels per day," Babakr said.

Iraq and Iraqi Kurdistan, the country's only autonomous region, are selling oil independently after collapse of a bilateral agreement, under which Kurdistan provided Iraq with at least 250,000 barrels of oil per day and received 17 percent of the overall federal budget.

The region is striving for independence from Iraq and is going to hold a referendum on the issue in either October or November of this year.