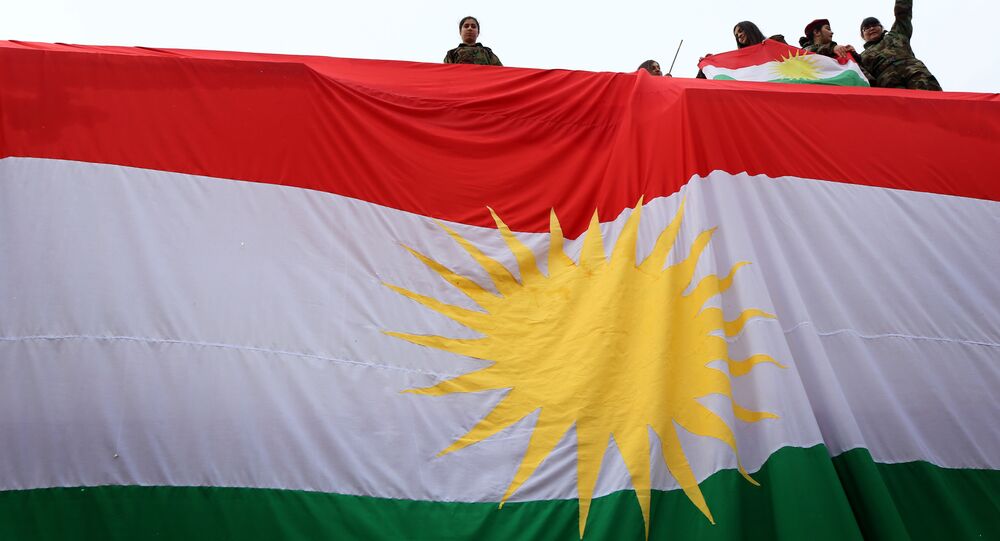 Iraqi Kurdistan is going to hold an independence referendum in October or November 2017.

MOSCOW (Sputnik) — A referendum on the independence of Iraqi Kurdistan may be held in October-November 2017, representative of the Kurdistan Democratic Party (KDP) in Russia Hoshawi Babakr told Sputnik Friday.

"It will be held in fall. The exact date has not yet been determined, but in the fall, sometime in November, maybe even in October," Babakr said when asked whether the date of the referendum was determined.

The Kurds are Syria's, Iraq's and Turkey's largest ethnic minority. The ethnic group is striving to create their own independent state. Kurdistan in Iraq was created in 1970 based on an agreement with the Iraqi government, ending years of fighting. It gained autonomous governance status as part of the 2005 constitution, but is still considered part of Iraq.

"Preparations for the referendum are held in consulates, missions (of Iraqi Kurdistan) in other countries, including Russia. We are in constant contact with the Russian Foreign Ministry for Russian observers to be sent to the referendum," Babakr said.

The authorities of Iraqi Kurdistan would like UN representatives to monitor the referendum on independence.

"Now an attempt is underway to appeal to the UN, so that representatives observe the referendum, so that it is held in a more legitimate manner, so its organization is a little delayed," Babakr said.

On May 5 media reported that the referendum would be held in August.