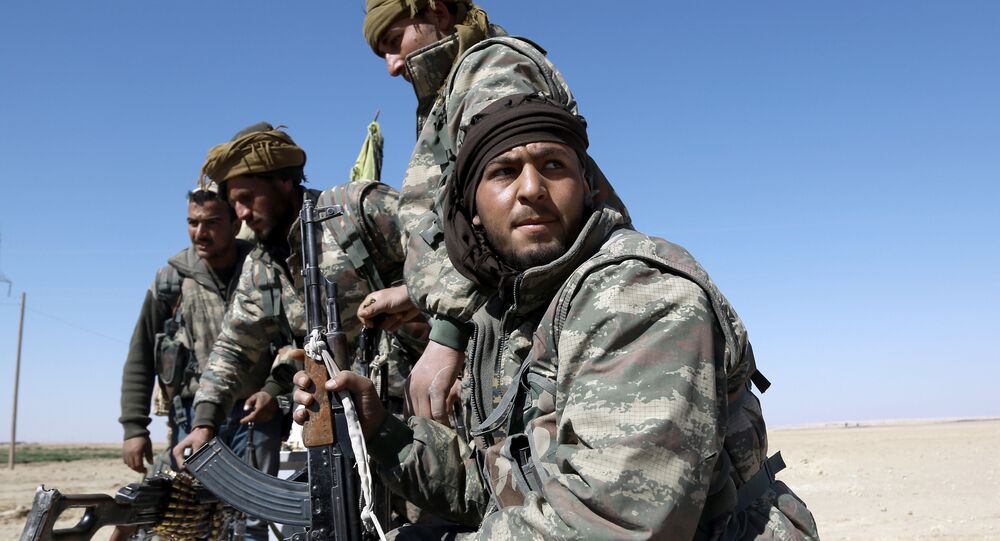 MOSCOW (Sputnik) — On Tuesday, the United States, Turkey's ally within the North Atlantic Treaty Organization (NATO), announced the approval of its plan to arm Kurdish militia fighting Daesh terror group (banned in Russia) in Syria despite objections from Turkey.

"Every development in Syria and Iraq is a matter of national security for us. We would like to believe that our allies will prefer to side with us and not with terrorist organizations," Anadolu Agency quoted Erdogan as saying during a joint press conference with Sierra Leone's President Ernest Bai Koroma.

The Turkish president expressed hope that the United States would suspend its decision to arm the Syrian Kurds before his visit to the country for the talks with US President Donald Trump scheduled for May 16.

© REUTERS / Rodi Said
How Pentagon's Decision to Send Weapons to Kurds Will Affect Syria
Erdogan noted that he would express his concern over the situation during the meeting with Trump, as well as the summit of NATO, which is planned to take place on May 25.

According to the Turkish leader, the fight against Daesh "should not be carried out with the help of another terrorist organization."

Turkey and the United States disagree on the US support of Kurdish militias in Syria as Ankara considers them connected to Turkish Kurdistan Workers’ Party (PKK), which is outlawed as a terrorist organization by Ankara. In 2015, Turkey started a military operation against PKK in the Kurdish-dominated southeastern Turkish regions.