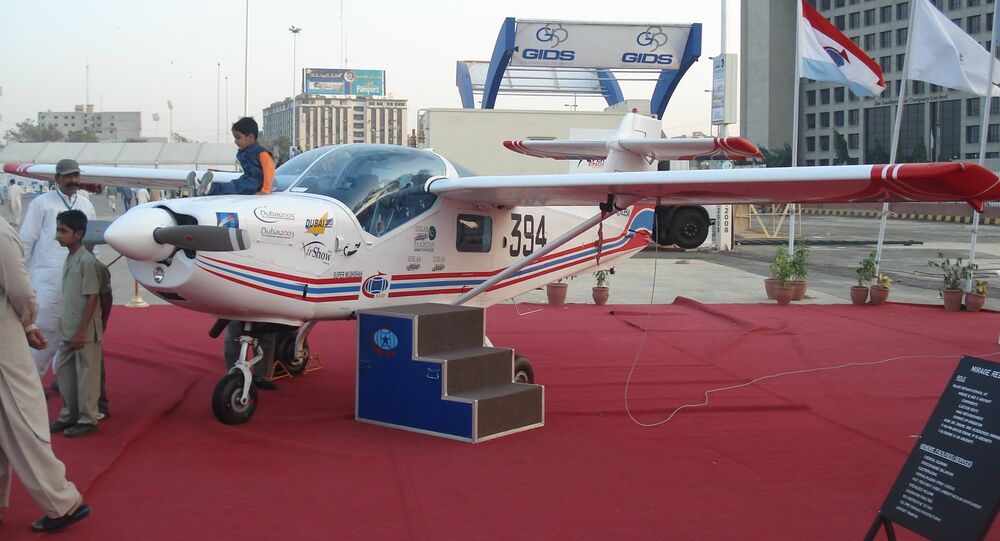 Turkey and Pakistan have signed a memorandum of understanding on a mutual arms deal: Turkey will buy 52 Pakistani training planes, while Pakistan will buy four Turkish corvette warships.

Under the agreement, Karachi Shipyard & Engineering Works (KS&EW) will buy four Turkish corvettes made under Ankara's MILGEM warship program, the purpose of which is to build a modern littoral combat warship with indigenous anti-submarine warfare and high-seas patrol capabilities.

Turkey, meanwhile, is set to buy 52 Super Mushshak training propeller planes, made by Pakistan Aeronautical Complex, to replace the Cessna T-41 and SIAI-Marchetti SF-260 planes currently in use. It will mark the first time a NATO country will use a Pakistani-built training plane.

The agreement comes in light of Turkey's longstanding support of Pakistan. Earlier in May, ahead of his visit to New Delhi, Turkish President Recep Tayyip Erdogan called for "multilateral dialogue" on the issue of the disputed Jammu and Kashmir territories, a cause of much tension between India and Pakistan. Bringing international attention to the issue  is something Pakistan has wanted for some time, according to the Fair Observer.

"We have to build bridges, strengthen dialogue between different stakeholders. We shouldn't allow more casualties to occur," Erdogan said, according to the Indian Express. "We should strengthen multilateral dialogue. We can be involved in multilateral dialogues. I think we have to seek out ways to settle this question once and for all. It will provide great benefits to both the countries."

According to the Fair Observer, Erdogan's support for Pakistan is part of Turkey's efforts to challenge Saudi Arabia as an international leader of Sunni muslims.