US-led coalition partner forces in Syria have cleared most of Tabqa of Daesh terrorists and are working to liberate the rest of the city, Operation Inherent Resolve spokesperson Col. John Dorrian said on Wednesday. 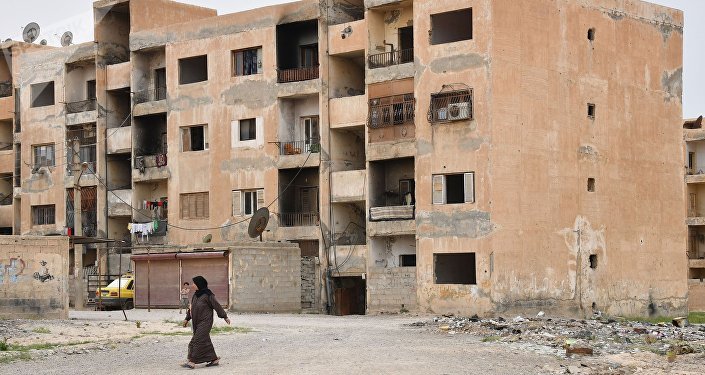 © Sputnik / Mikhail Voskresenskiy
Deir ez-Zor Under Siege: 'If Not For Russian Planes, We'd Be Dead' (PHOTOS)
WASHINGTON (Sputnik) — Dorrian explained the SDF forces have encountered Daesh snipers who attack them from the city’s buildings, including mosques and hospitals.

Additionally, he said the terrorists have sabotaged other infrastructure to block advancing SDF forces.

"The Syrian Democratic Forces (SDF) and the Syrian Arab Coalition have successfully liberated the vast majority of Tabqa and they continue to clear ISIS [Daesh] remnants from the final two neighborhoods of the city," Dorrian told reporters.

The SDF are working to cut off the dam from the rest of the city and isolate the remaining terrorists there.