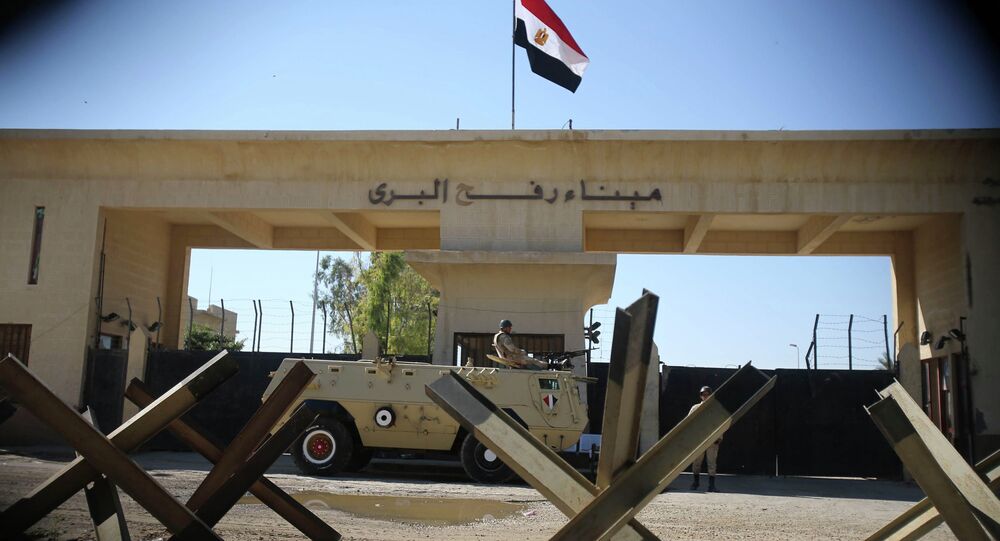 Cairo closed the crossing at Egypt-Gaza border on Tuesday after over 3,000 Palestinians had made it from Egypt into the Gaza through the passway in four days.

According to Ma'an News Agency, citing the Egyptian Borders and Crossings Committee, a total of 3,068 Palestinians were able to enter the Gaza Strip from Egypt since Saturday. Dozens of truckloads were also allowed to Gaza, the same reports added.

© AP Photo / Ariel Schalit
Netanyahu: Israel Did Everything Possible to Avoid 2014 Gaza Military Conflict
The decision to open the crossing was reportedly announced by Cairo on Thursday after the request of Palestinian leader Mahmoud Abbas.

Egypt has kept Rafah crossing mostly closed since 2013, opening it every several weeks to allow passage for a few thousand people.

According to the United Nations Office for the Coordination of Humanitarian Affairs (OCHA), as many as 1.8 million Palestinians in Gaza remain "locked in", denied free access to the remainder of the territory and the outside world due to Israel's movement restrictions which had intensified since June 2007.