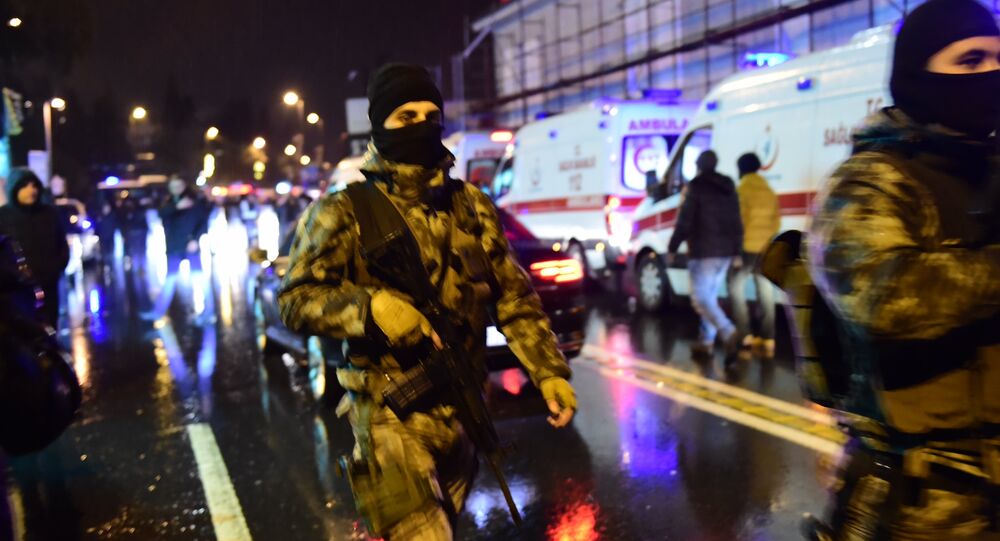 MOSCOW (Sputnik) — The indictment of Abdulgadir Masharipov might include up to 2,370 years of imprisonment for attempted multiple murders and 15 years for being a member of a terrorist group, according to the Anadolu news agency.

The 90-page indictment, with 57 suspects mentioned in it, is currently under consideration of the 27th Heavy Penal Court in Istanbul.

At least 39 people, including more than 20 foreigners, were gunned down by bullets from a Kalashnikov assault rifle, and almost 70 were injured as a result of the attack on Istanbul's Reina nightclub on the New Year's Eve. The Daesh terrorist group, outlawed in many countries, including Russia, claimed responsibility for the attack.

Masharipov was detained by the Turkish security forces on January 16 in the Esenyurt district of Istanbul, after over two weeks on the run.