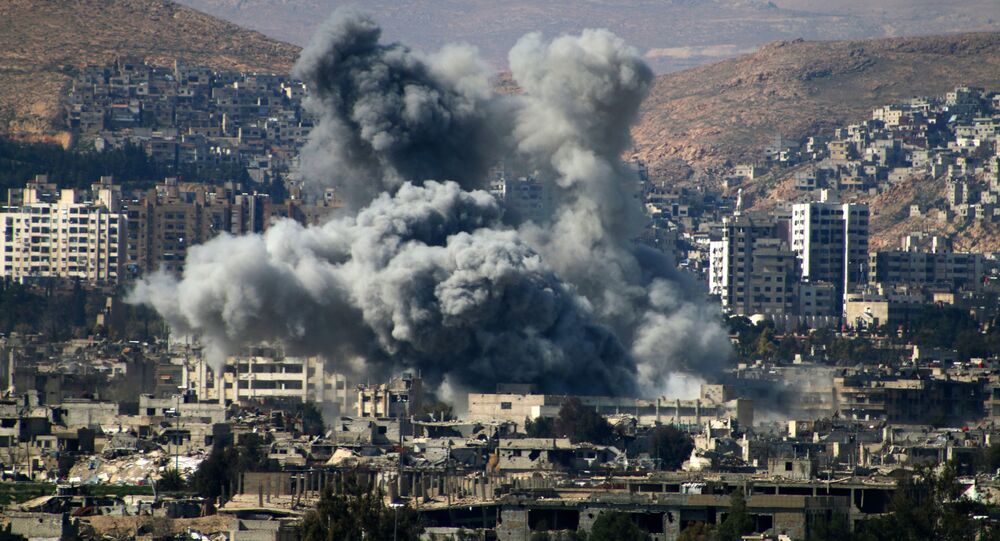 The Syrian Arab Army (SAA) has engaged in fierce fighting with al-Nusra Front fighters in al Kabun, a neighborhood in Damascus, a senior military source told Sputnik Persian, adding that the SAA has advanced with great care so as not to hit densely populated residential buildings in the area.

"In the last week, elite units of the SAA infantry have taken control over the so-called Kuwait building, an office of an electric company and nearby houses," the source, who spoke on condition of anonymity, said. "Many militants were arrested during the operation."

© REUTERS / Rodi Said
Backdoor Access: How Daesh Fighters Leave 'Besieged' Raqqa
The source added that the operation aimed at liberating al Kabun has to consist of three stages in order to be successful. The first one entails heavy artillery carrying out massive shelling of the districts held by the militants to clear the area of concrete blocks and buildings. The second phase involves specialized machinery clearing the area of debris. Finally, service personnel are sent to fight terrorists.

The source mentioned that the SAA infantry has carried out combat operations above the ground and in tunnels.

© AFP 2021 / AMER ALMOHIBANY
A Syrian government forces' MiG-23 fighter-bomber drops a payload during a reported air strike in the rebel-held area of Qabun, east of the capital Damascus, on May 6, 2017.