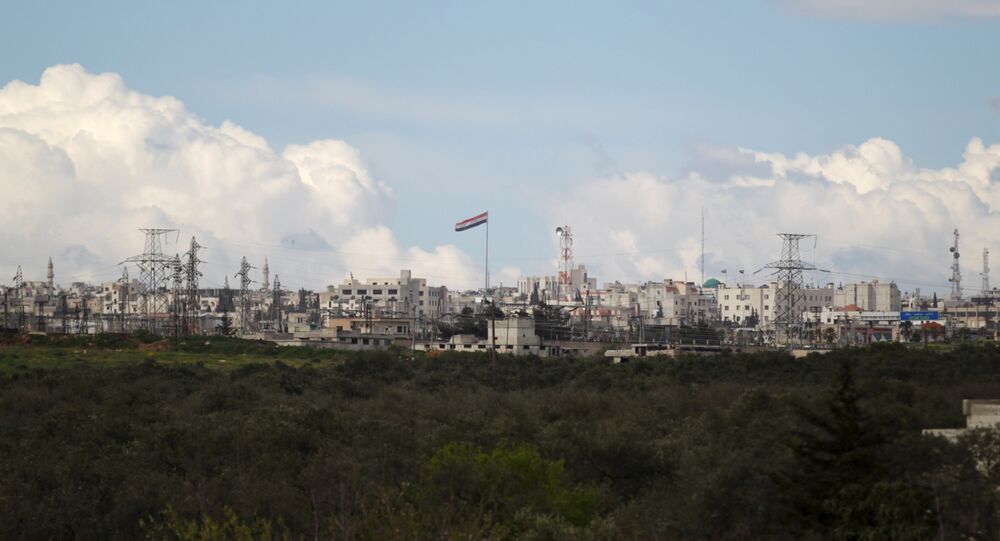 On May 4, citing a military and diplomatic source, RIA Novosti news agency as well as other Russian media published an article alleging that Qatar-based television channel Al-Jazeera's stringers filmed a staged attack in the settlements of Seraqeb, Erich and Jisr Shughur (Idlib province).

According to the source, the filming was ordered from a European country.

On Friday, May 5, this information about television channel Al-Jazeera's stringers allegedly filming a staged chemical attack by government forces against civilians in Syria was not confirmed. Al-Jazeera TV channel has denied these allegations.

© AFP 2021 / JM LOPEZ
Filming of Fake 'Poisonous Substance' Attacks Reported in Syria - Reconciliation Center
On Saturday, the Russian centre for reconciliation of opposing sides in Syria reported citing local residents and opposition representatives that special ‘video brigades’ made staged videos of the concequences of an alleged chemical attack in Syria.

"According to information from a number of sources among local residents and opposition formations … special ‘video brigades’ carried out staged filming in the past week of the alleged concequences of shelling and airstrikes, including the use of ‘poisonous substances’," the reconciliation center said.

The center added that some of the "consultants" of the brigades were "recognized by the locals as cameramen shooting news in the region for the Al-Jazeera channel," the center added.