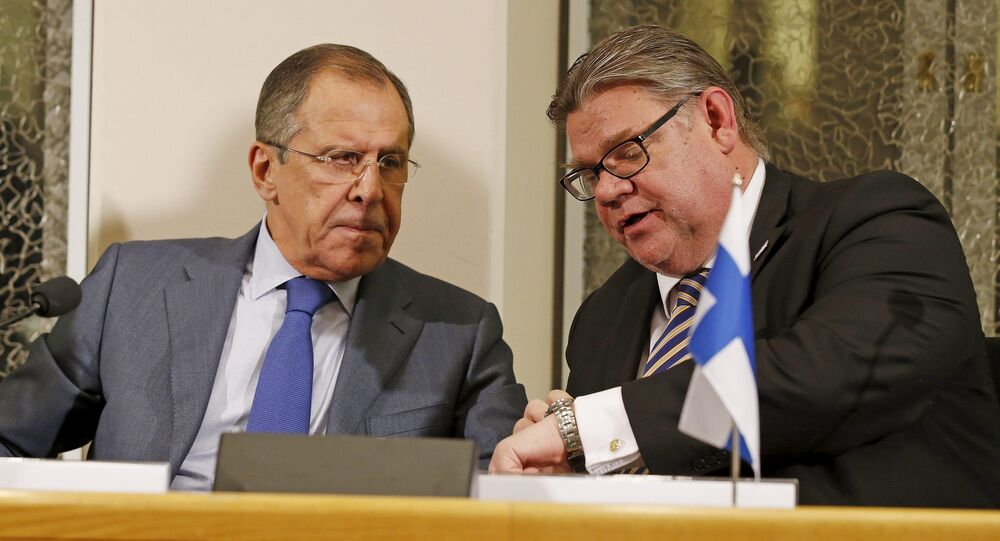 The formation of safe zones in Syria should serve as a key step toward consolidating the nationwide ceasefire, Russian Foreign Minister Sergei Lavrov said Thursday after talks with his Finnish counterpart Timo Soini.

PORVOO (Finland), (Sputnik) — According to documents obtained by Sputnik, Russia proposed to set up four security zones — in Idlib province, to the north of the city of Homs, in Eastern Ghouta, and in the south of Syria.

"A relatively new idea is being discussed in Astana: the formation of de-escalation zones in Syria with the participation of all interested parties and of course the consent of the Syrian government, which should be an important step toward strengthening the ceasefire," Lavrov said on a visit to Finland.

Moscow hopes for the success of the latest round of Syrian reconciliation talks in Astana.

"We very much count on the success of the fourth round of Astana talks in the capital of Kazakhstan, primarily from the viewpoint of consolidating the ceasefire regime, coordinating the mechanism of responding to violations, carrying out mine clearing activities," Lavrov said.

Speaking about Geneva-based talks on Syria, Lavrov expressed hopes the negotiations would resume in May.

"We hope that negotiations will continue at the Geneva site this month, which are primarily dedicated to resolving a set of issues related to the political settlement of the conflict, when ultimately the Syrian people itself must determine the future of its country," Lavrov said.

The Astana talks on Syrian crisis settlement brought together the representatives of the Syrian government and the armed opposition groups for the first time in the six years of the Syrian war. Among other results, Russia, Iran and Turkey have agreed to establish a trilateral mechanism to monitor the ceasefire that came into effect on December 30, 2016.