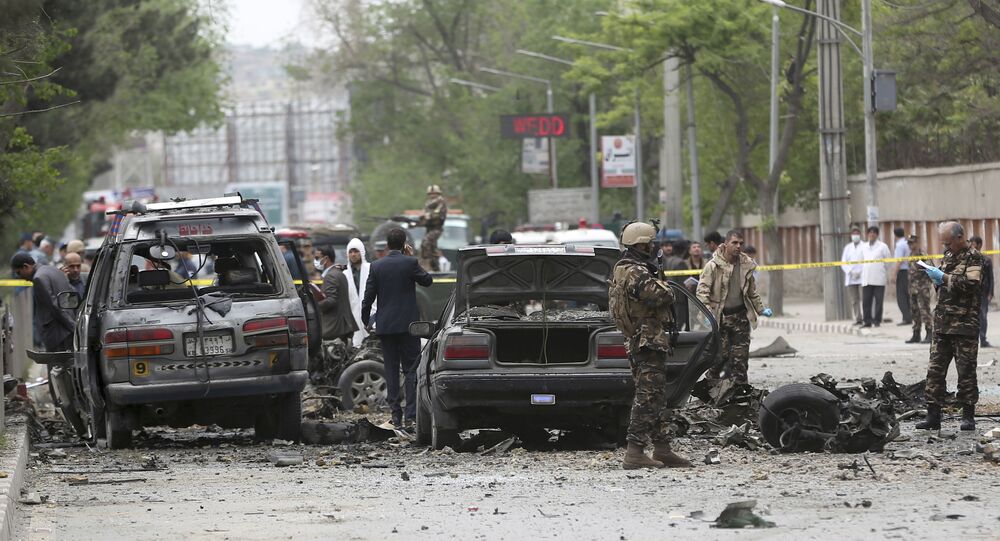 Daesh terror group has claimed responsibility for the attack on a NATO convoy in Kabul, Afghanistan, on May 3, Reuters reported.

Reuters cited a Daesh statement issued via its Amaq news agency on Wednesday, which said that a suicide bomber detonated an explosives-rigged car as the convoy passed an area near the US embassy, killing eight American soldiers.

The blast, targeting a convoy of foreign troops in Kabul, was carried out by a suicide attacker early in the morning. The explosion occurred near Abdul Haq square in the Macroyan area. About 22 people were injured as result of the attack.

Earlier today, the Afghan Interior Ministry confirmed the deaths of at least eight civilians in the explosion, according to media reports.

The United States and its allies launched a military operation in Afghanistan in 2001 following the 9/11 terror attacks. The mission in Afghanistan ended on December 28, 2014. On January 1, 2015, NATO announced its new mission in the country, called Resolute Support, to train and assist Afghan security forces.