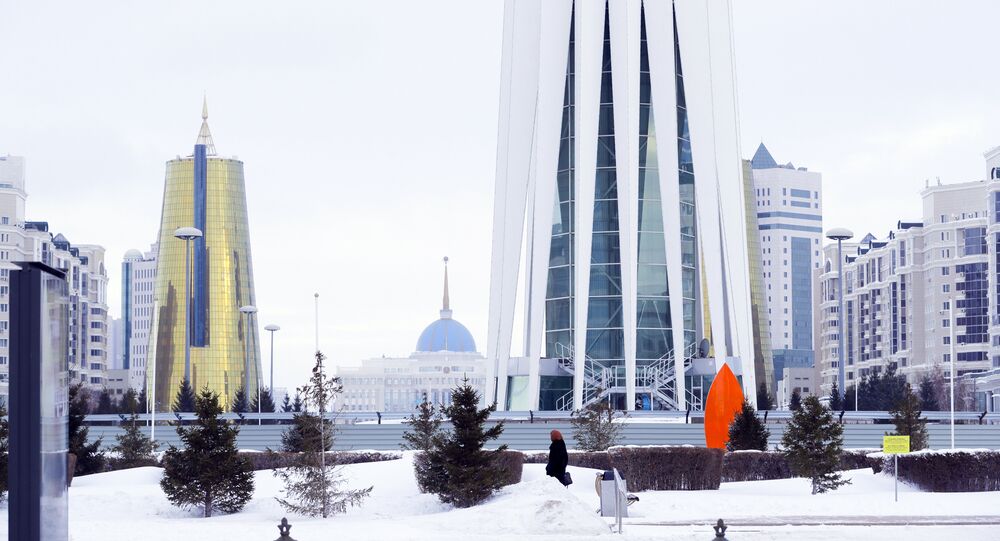 According to reports, ongoing talks on Syria in Astana may result in the adoption of a document on creating four security zones in Syria.

© AP Photo / Alexander Zemlianichenko
Putin, Erdogan to Discuss Syria Truce at May 3 Meeting in Sochi - Ankara
ASTANA (Sputnik) – Ongoing talks on Syria in Astana may result in the adoption of a document on creating four security zones in Syria, signed by three ceasefire guarantor states, a source in one of the delegations told Sputnik.

"We expect a breakthrough. So far, this idea [of creating four zones of de-escalation of tensions] is accepted by everyone. We hope this document will be signed, " the source said Wednesday.

"At the level of guarantor states," the source said, referring to Russia, Turkey and Iran, asked who would sign the document in case of its adoption.

On Monday, Fatih Hassoun, a representative of the Syrian armed opposition told Sputnik, that Russia made proposals aimed at creating zones of de-escalation of tension and at respect of the ceasefire regime. According to the documents, obtained by Sputnik, Russia proposed to set up four security zones — in Idlib province, to the north of the city of Homs, in Eastern Ghouta and in the south of the country.

In late January, US President Donald Trump announced the same kind of initiative to help refugees displaced by the ongoing conflict in Syria. The proposal was criticized by the Syrian government, which stated that any attempt to create the safe zones without coordinating with Damascus would be a violation of Syria's sovereignty.

The new round of the Astana talks, which brings together the sides to the Syrian conflict — Damascus and armed opposition, as well as three ceasefire mediator states — Russia, Iran and Turkey, kicked off on Wednesday, while a meeting at the experts level took place on Tuesday.

The first three rounds of talks on the Syrian settlement brokered by Russia, Turkey and Iran, were held in Kazakh capital of Astana on January 23-24, February 15-16 and March 14-15. During the talks, the participants agreed to set up a ceasefire monitoring group, among other points.

Over 200 Armed Groups in Syria Express Commitment to Truce