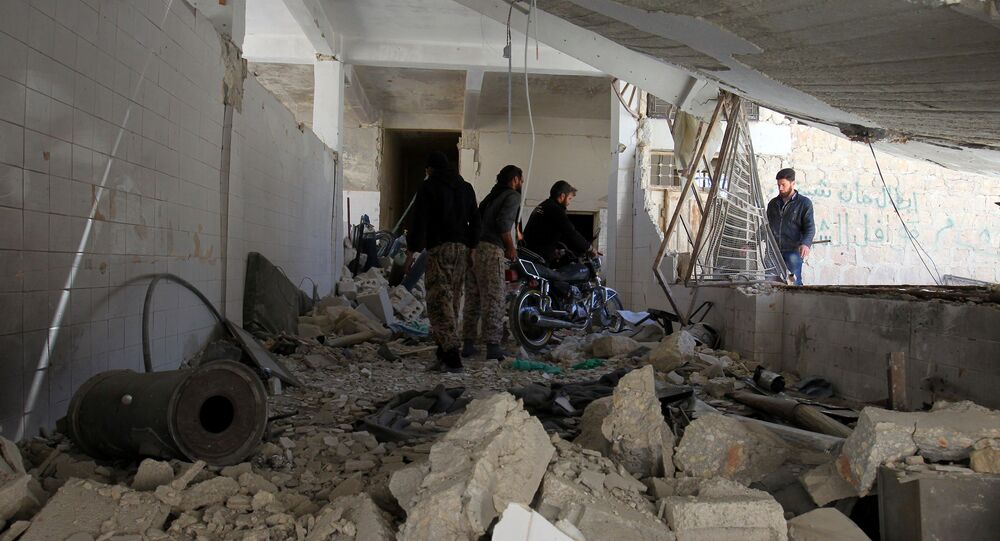 The number of settlements that have joined the cessation of hostilities in war-torn Syria has reached about 1,5 thousands.

© Photo : Russian Defense Ministry
Total of 143 Armed Groups Claiming to Observe Syrian Ceasefire - Russian MoD
MOSCOW (Sputnik) — The number of settlements that have joined the cessation of hostilities in war-torn Syria has reached 1,477, the Russian Defense Ministry said in a daily bulletin published on its website on Monday.

“Within last 24 hours, 2 ceasefire agreements have been signed… in the Quneitra province. The total number of inhabited areas, the leaders of which had signed reconciliation agreements has reached 1,477,” the bulletin said.

According to the document, negotiations on joining the ceasefire regime were being held with various field commanders from the provinces of Aleppo, Damascus, Homs, Hama, and Quneitra. The number of armed formations which have claimed to observe the ceasefire regime has reached 143.

“The number of inhabited areas, which had been liberated by the Syrian troops from the ISIS [Islamic State, outlawed in Russia] armed formations remained 236,” the bulletin said.

The nationwide Syrian ceasefire regime was introduced on December 30, 2016, with Russia and Turkey being its guarantors. The Islamic State as well as the Jabhat Fatah al Sham, outlawed in Russia, as well as other terror organizations are not part of the ceasefire.