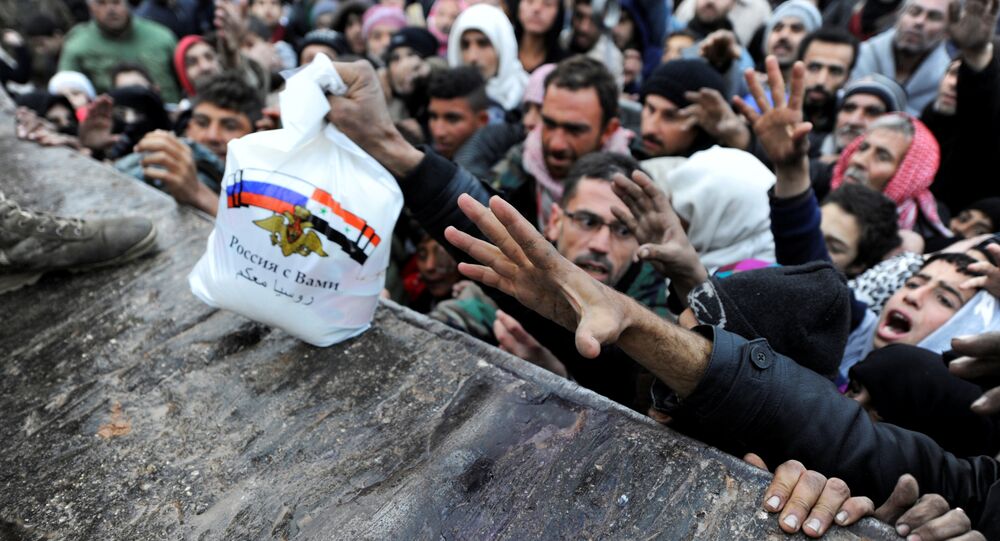 According to the daily bulletin, 2,285 hot meal and bread rations were handed out to residents of the government-controlled city of Aleppo. Two towns in the Latakia and Daraa provinces received further 850 rations.

Russia has been carrying out regular humanitarian aid deliveries to various parts of Syria as well as facilitating the distribution of UN aid in the country, where a war has been ongoing since 2011.

Russia Brings Over 3 Tonnes of Aid to Syrians