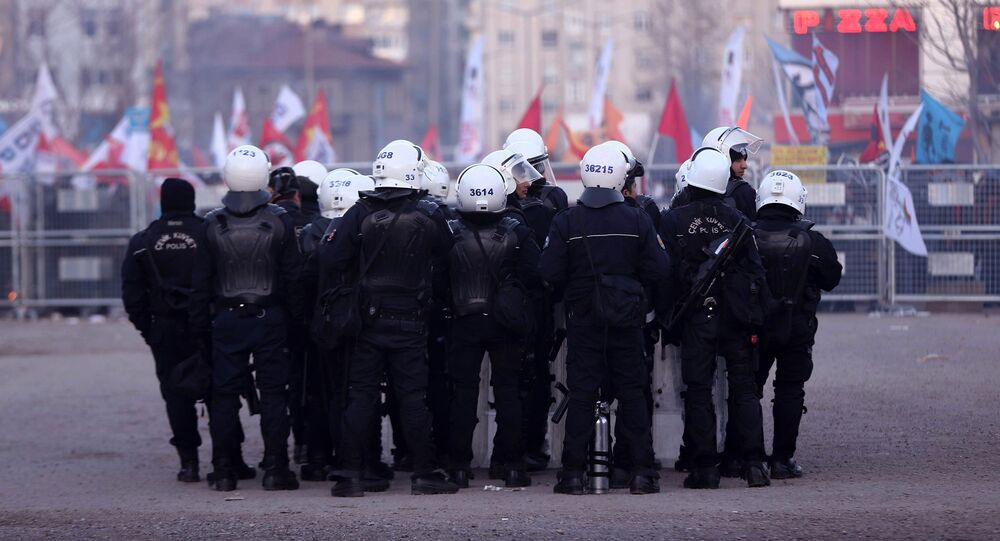 It’s been more than nine months since the failed coup attempt in Turkey, but Ankara is still rooting out elements deemed to be subversive against the Erdoğan presidency. The latest crackdowns have targeted police officers suspected of having links to the Gülen movement that the Turkish government claims was behind the coup.

On April 2, Turkish Interior Minister Süleyman Soylu called the arrested individuals "secret imams" who "infiltrated our police force" to spread subversive messages. He announced that "1,009 secret imams have been detained so far in 72 provinces, and the operation is ongoing."

The arrested individuals were primarily teachers, according to pro-government Turkish paper Daily Sabah. "Thanks to FETÖ's [the Turkish government's term for the Gülen movement] widespread influence in the positions of law enforcement, the terror group has managed to carry out raids against its critics, imprison them on false charges and fabricate evidence, even wiretapping thousands of people, criminal inquiries have revealed," the paper read.

Soylu also said that 10,732 police officers have been jailed since the July coup. This is just a fraction of the total detainees, which Soylu claims number over 47,000. Around 120,000 others have been fired or suspended from their jobs for suspected links to the Gülen movement and other revolutionary elements.

The crackdown is the "most important step toward uncovering a group that leaked into the police force, trying to rule the police force from outside, trying to establish an almost alternative police organization, ignoring the rules of the state," said Soylu, referencing the Gülen movement.

This follows the mid-April referendum that granted Turkish president Recep Tayyip Erdoğan numerous new powers, including an abolishment of the prime minister position with all powers in that post transferred to the president.

Turkish politician Fethullah Gülen, a former Erdoğan ally who now lives in exile in the United States after their relationship soured, has been accused of being the mastermind of the 2016 coup.

Gülen and his supporters deny the charge, instead arguing that Erdoğan himself engineered the coup to justify a purge of his political opponents. "What other explanation is there for arrest warrants for thousands of judges, prosecutors, and police officers being ready within hours of a coup attempt?" Gülen told The National at the time.