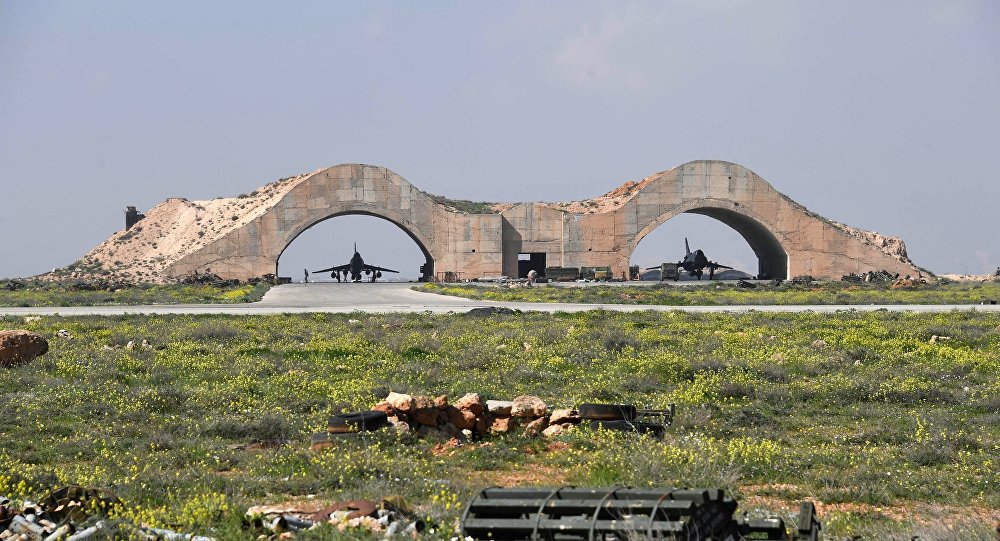 There are no obstacles for experts to visit the sites of the reported chemical incident in Syria and the airbase hit by US missiles, the Russian foreign minister said.

MOSCOW (Sputnik) — There are no obstacles for inspectors to visit the sites of this month's US military attack and chemical incident in Syria, Russian Foreign Minister Sergei Lavrov said at a press briefing Wednesday.

"A relevant UN Secretariat department has outlined a position to us, which means that there are no obstacles to organizing visits by inspectors both to the area of chemical use in Khan Shaykhun and the corresponding airfield from where weapons with chemical munitions allegedly took off," Lavrov said.

© East News / Peter Dejong
Lavrov Urges 'Open and Transparent' Investigation of Idlib Chemical Incident
Early April 7, the United States launched 59 Tomahawk cruise missiles at the Syrian military airfield in Ash Sha’irat, located about 40 kilometers (25 miles) from the city of Homs. US President Donald Trump said the attack was a response to the alleged chemical weapon use in Syria's Idlib, which Washington blames on the Syrian government. Russia described the attack as an aggression against a sovereign state.

The OPCW announced in January 2016 that Syria’s weapons arsenal had been destroyed in accordance with an agreement reached after the 2013 Ghouta attack.