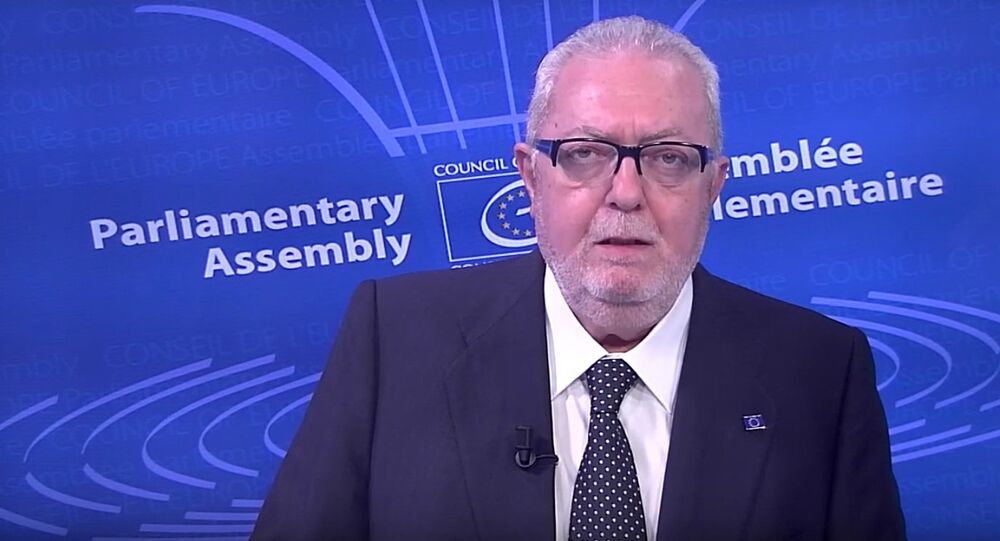 The Parliamentary Assembly of the Council of Europe's (PACE) President Pedro Agramunt gained valuable experience from visiting Syria regardless of the fact that it provoked criticism from some PACE lawmakers, Russian Deputy Foreign Minister Aleksey Meshkov said Wednesday.

PACE to Consider Ousting Organization’s President for Visiting Syria
MOSCOW (Sputnik) – On March 20, Agramunt, along with Russian and PACE lawmakers, arrived on a private visit to Syria, without the intention to represent the assembly. On Monday, Agramunt apologized for the trip prompting PACE lawmakers’ proposal to hold a no-confidence vote on the assembly’s president.

"The trip was useful for Agramunt himself… The perturbation that was consequently stirred in Strasbourg remains on the conscience of the loud minority of the PACE lawmakers," Meshkov told reporters.

Meshkov noted that those PACE members who visited Syria could see the real situation on the ground, which is different than how it is portrayed by some media.

On Monday, a source in PACE told Sputnik that PACE did not have a formal procedure on the motion of no-confidence and the decision to resign could only be made by the president himself.

Syria has been in a state of civil war for six years, with government forces fighting against Syrian opposition groups striving to overthrow President Bashar Assad, and numerous extremist and terrorist groups such as the Daesh, which is outlawed in Russia and many other countries. On March 26, after paying the visit to Syria, Agramunt said there was a way to help settle conflict in the state if Russian and US representatives sat down at the negotiating table.

Turkey Hits Back at PACE Over Human Rights, Rule of Law Claims