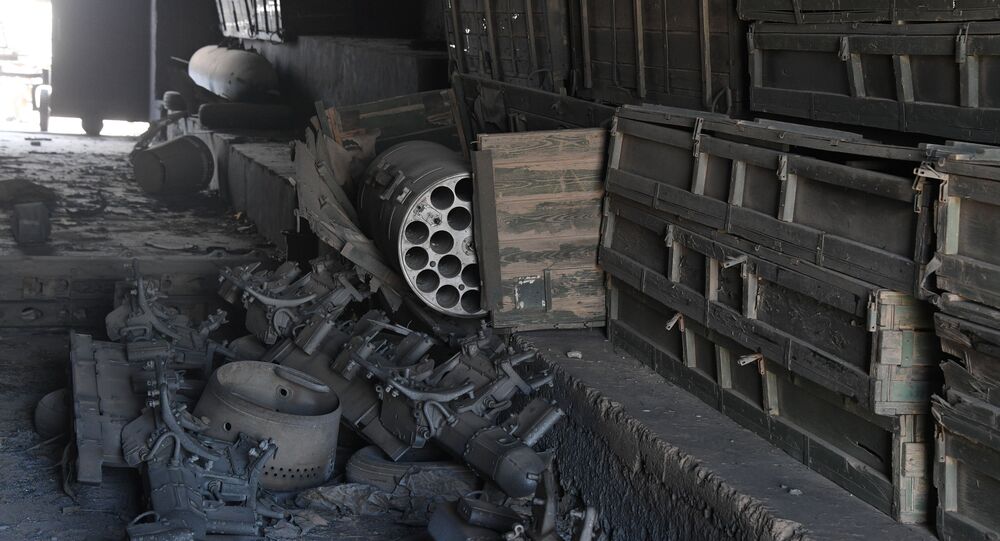 The US aggression against Syria undermines chances to create a broad anti-terror coalition, the Russian foreign minister said.

"The recent US missile attack on the airbase in Syria, which has become a flagrant violation of international law and an act of aggression against a sovereign state… exacerbates existing problems, detracts from the prospects of forming a broad anti-terrorist front," Lavrov said.

© AP Photo / Ford Williams/U.S. Navy
US Missile Strike Against Syrian Airbase Posed Threat to Russian Servicemen - Defense Minister
The Syrian foreign minister denied the government’s involvement in the Idlib incident, saying it had never nor would it ever use chemical weapons on either civilians or terrorists operating in the country.

© AFP 2020 / ANDREJ ISAKOVIC
'Today There are No More Rules' – Lavrov Laments Breakdown of International Order
The US missile attack claimed the lives of 10 people, an officer of the Syrian Armed Forces told Sputnik. The Russian Defense Ministry said that the attack left two Syrian servicemen missing, four killed, and six suffering severe injuries from the fire. Homs Governor Talal Barazi said on April 7 that at least two civilians from a nearby village and five Syrian servicemen were killed.