More than 1,800 Syrian civilians in Aleppo province received humanitarian aid from Russia within the past 24 hours, the Russian Defense Ministry said on Wednesday in a bulletin.

MOSCOW (Sputnik) —HMEIMIM (Syria)- The Russian Center for Syrian reconciliation has delivered six tons of bottled drinking water to citizens of the Syrian province of Aleppo within the past 24 hours, according to the ministry.

“Citizens of Aleppo have received 6 tons of bottled drinking water in the areas of Sad al-Loz, Khalidiyah, Muhaim Nayrab, and Sheikh Maqsood as well as in the Hananu district … Within last 24 hours, 1,883 civilians have received humanitarian aid,” the bulletin read. 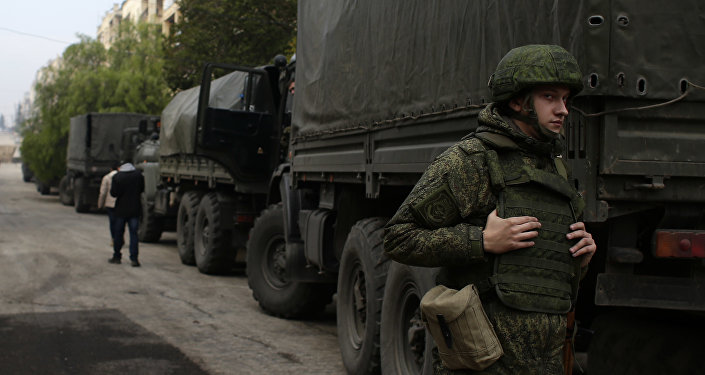 Russia Brings Over 3 Tonnes of Aid to Syrians