Federica Mogherini called for full transparent investigation by the OPCW into the alleged chemical weapon use in Syria's Idlib. 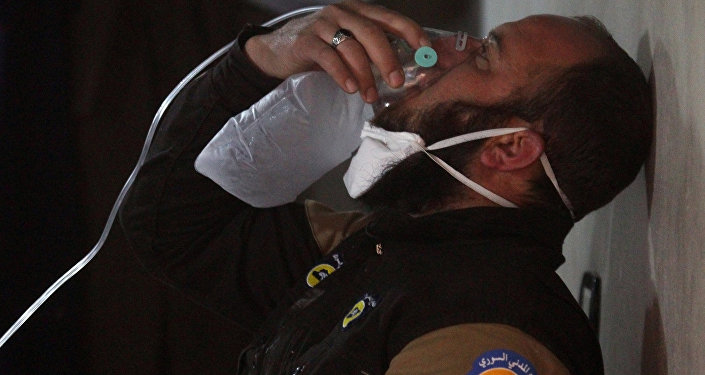 "A full transparent investigation has to be done by OPCW, and full responsibility has to be guaranteed by the UN appropriate systems," Mogherini told reporters after a meeting with Russian Foreign Minister Sergei Lavrov in Moscow.

On April 4, the National Coalition for Syrian Revolutionary and Opposition Forces blamed the Syrian government for an alleged chemical gas attack in the Khan Shaykhoun area of Idlib. Damascus denied any involvement in the Idlib incident, while the Syrian army said it does not possess chemical weapons. Western powers rushed to condemn Damascus, while Russia insisted on a proper investigation and said the incident was likely the result of an airstrike on a militant weapons cache rather than a deliberate attack.

In an interview with Sputnik issued on April 21, Syrian President Bashar Assad said intentional placing of chemicals across Syria to blame the government for lying about destroying them was a possibility.

Earlier in April, Lavrov stated Moscow was using its relations with Damascus to encourage the Syrian government to fully cooperate with the OPCW, which announced in January 2016 that it had destroyed Syria’s chemical weapons arsenal in accordance with an agreement reached after the 2013 Ghouta attack.