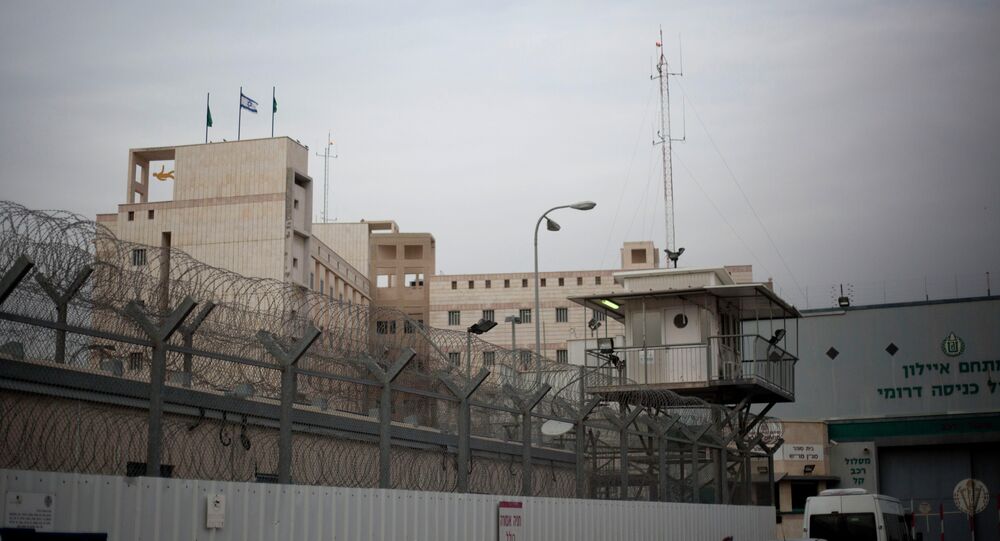 More than 100 Palestinians held in Israeli prisons are reported to have quit their hunger strike, according to Israeli officials. These reports are challenged by Palestinian organizations.

© CC0
UN Keeps Watch as More Than 1,000 Palestinian Prisoners Hunger Strike
At least 84 Palestinian inmates held in Israel's Gilboa prison are reported to have quit their hunger strike, a protest against what they claim to be inhumane detention conditions, according to an Israeli Prisons Service (IPS) spokesman.

IPS earlier reported 100 hunger-strikers held at various other facilities had quit their protest.

More than 1000 Palestinian prisoners are protesting against the misuse of solitary confinement and detention without trial; they are also demanding an increase in family visitations and the improvement of medical care and amenities.

"The opposite is true," Qaraqaa told Palestinian reporters, adding that 80 more prisoners had joined the strike.

Meanwhile, outside the prison walls, political forces from both sides are taking action in connection to the strike.

Palestinian ruling party Fatah has reportedly called on Palestinians to participate in a "day of rage" in support of the prisoners. According to a report by the Jerusalem Post, Fatah is urging Palestinians "to clash with the occupier at all friction points."

According to Palestinian news agency Ma'an News, one small protest march in central Ramallah turned violent on Sunday when Israeli police at the Beit El checkpoint shot rubber bullets at protesters. Protesters responded by setting trash bins on fire and hurling stones at the police. The media also reported the use of tear gas by the police.

Earlier on April 20 the Israeli National Union political party youth group held a barbeque event outside the Ofer Prison in an attempt to break the strikers' willpower.

The protest is being led by Marwan Barghouti, the leader of the Fatah party, who is serving five lifetime sentences in prison for five counts of murder. Gilad Erdan, Israel's public security minister, claimed the hunger strike was really a front for an internal power struggle between Palestinian factions.

"The strike led by Barghouti is motivated by internal Palestinian politics and therefore includes unreasonable demands concerning the conditions in the prisons," said Erdan, as quoted by the Times of Israel.