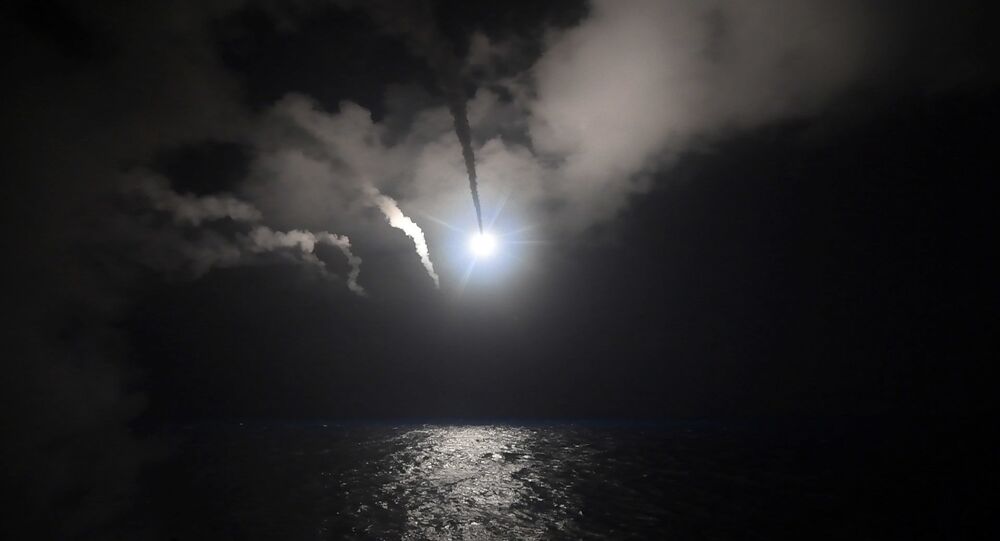 "The necessary quantity [of air defense systems] can be supplied on a priority basis; it will not require additional burden for the defense industry," the chairman of the Russian upper house defense and security committee, Ozerov, told Sputnik.

According to the lawmaker, "there is nothing special about such deliveries [if the deal is reached] as Syria is at war with terrorists and Russia helps it to fight terror."

He also underscored that air defense deliveries to Syria will not violate international norms or UN resolutions since “air defense systems are defensive weapons, not offensive.”

On Friday, Syrian President Bashar al-Assad told Sputnik in an exclusive interview that Damascus is interested in Russian next-generation air defense systems as over 50 percent of Syrian air defense weapons have been destroyed by terrorists. He added that Moscow and Damascus were holding talks on the supply of additional air defense systems to the war-torn country.

Damascus's need for air defense modernization apparently was driven by the US' launch of 59 Tomahawk cruise missiles at a Syrian military airfield in Ash Sha’irat, located about 40 kilometers from the city of Homs on April 7. United States President Donald Trump said the attack was a response to the alleged chemical weapon use in Syria's Idlib, which Washington and its allies blame on the Syrian government.

© AFP 2021 / Ford Williams/U.S. Navy
Assad Explains Why Syrian Air Defense Did Not Down US Cruise Missiles
In the interview with Sputnik, Assad told Sputnik that over 50 percent of Syrian air defenses had been destroyed by terrorists.

"We don't have to give a precise number now, because as you know it's military information, but I can tell you more than 50 percent," Assad said of the destroyed air defense systems.

The Syrian president explained the systems' inability to take down US Tomahawk missiles on April 7 as "technically complicated because the missile must see its target."

"At the very beginning of the attacks, they started by destroying the Syrian air defense, which has nothing to do with what they called it that time, the ‘peaceful demonstrations.’ Most of the air defense are outside the cities in outlying areas, so they started attacking that air defense and it was affected dramatically during the crisis," he said.

The Soviet air defense complex was designed to defend the crucial objects of military and civil infrastructure from all types of air-delivered attacks. The system entered service in 1967 and since then has been used by Russia and several dozen other countries around the world.

The S-200 is a long-range, medium-to-high altitude surface-to-air missile system. It is deployed in battalions. Each battalion includes six missile launchers and radar.

The S-200 is an all-weather air defense system and can be operated in any climatic condition.

The Soviet Union delivered the first S-200 systems to Syria in January 1983. They were organized into two long-range surface-to-air missile regiments, each composed of two battalions of two batteries each totaling at least 24 launchers.

Later in the 1980s, Moscow agreed to supply a third regiment increasing the number of launchers to 40-50. According to different sources, currently there are 45-50 S-200 launcher in service with the Syrian Army.

© AP Photo / Ariel Schalit, file
Syrian Air Defense Shoots Down Israeli Warplane After Attack on Army Near Palmyra - Command
In the beginning of the war in Syria, parts of the S-200 systems were occasionally spotted when Syrian air defense sites were overrun by rebel forces. Starting with the Russian anti-terrorist operation in the country in 2015, there were a number of efforts to restore some Syrian S-200 systems.

In November 2016, the Russian Defense Ministry said that Russian forces repaired the Syrian S-200 system to an operational status. For example, in July 2016, the Syrian Army, with Russian assistance rebuilt a S-200 site at Kweires airport, near Aleppo.

In March, the Syrian Army reported that its air defense system shot down one of the Israeli warplanes involved in an attack on Syrian troops near Palmyra. Israeli media reported that S-200 missiles were used to target the aircraft. However, the Israeli military said that none of its planes was damaged.