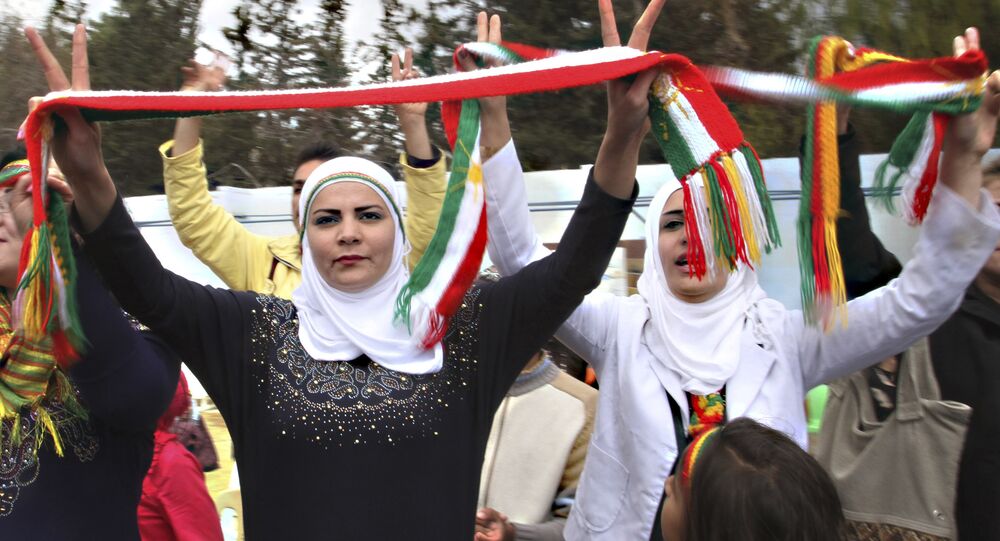 Syrian Kurds are a constituent part of the Syrian population, with many of them opposing the country's federalization or other forms of division, Syrian Ambassador to Russia Riyad Haddad said on Friday.

© AP Photo
Syrian Kurds Set Up Body to Govern Raqqa After Daesh Defeat
MOSCOW (Sputnik) — Syria is a multinational and multiconfessional state where all of its people are having equal rights, Haddad noted, but adding that there are regional and international forces which are striving to encourage secession in some regions.

"The Kurds are an integral part of the Syrian people, they have the same rights and obligations as the rest of the Syrian people… I would like to stress that many Kurds are actually strongly opposing any form of division, either a federation, or cantons, or other forms. That is why, we keep on saying that Syria is capable and ready to settle the crisis alone, without interference from the outside," Haddad said, speaking at the Russian Federation Council.

On March 17, 2016, the Syrian Kurds announced the creation of the federal region of Rojava in northern Syria, while the Syrian government responded by saying that the Kurds’ unilateral decision had no legal power.

On April 18, Kurds in Syria’s Raqqa province announced that they would be setting up a civilian assembly that would govern the region after the removal of Islamists, according to media reports.

Representatives of Syrian Kurds Say Withdrawing From Intra-Syria Talks Round