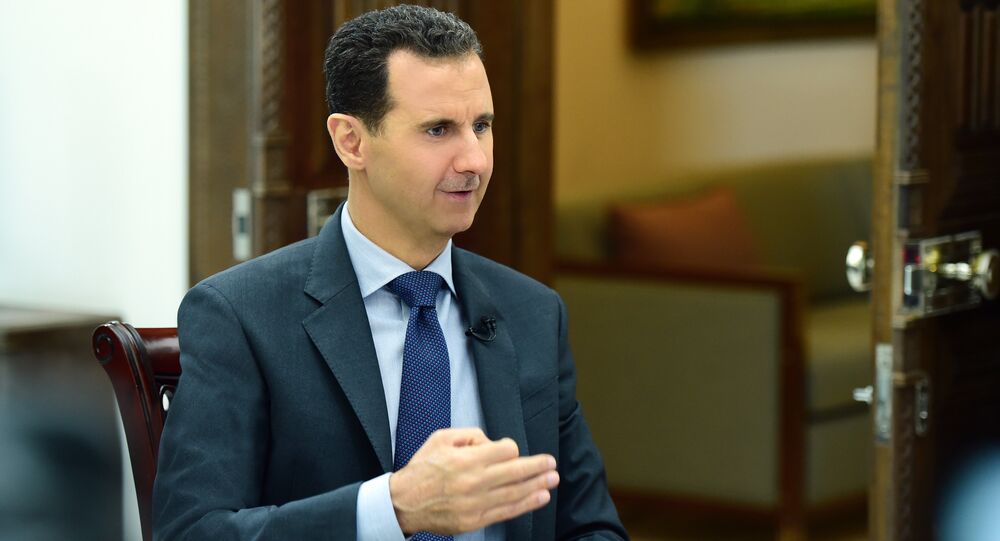 Damascus is 100% certain that terrorists get chemical weapons directly from Turkey, Syrian President Bashar Assad said in an interview with Sputnik.

© AFP 2021 / Omar haj kadour
New Provocations Similar to Alleged Idlib Chemical Attack Possible in Syria - Assad
On April 4, the National Coalition for Syrian Revolutionary and Opposition Forces claimed that 80 people were killed and 200 injured in a suspected chemical attack in Khan Sheikhoun, putting the blame on the Syrian government. Damascus vehemently rejected the accusations and said militants and their allies were responsible.

US' Attempts to Topple Syrian Gov't Will Continue – Assad to Sputnik