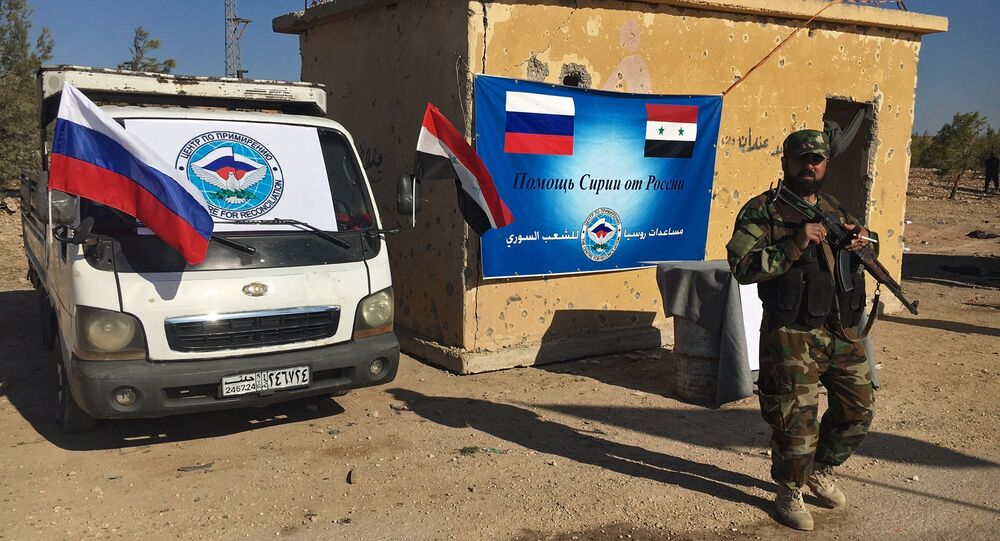 According to the Russian defense minister, the Russian military police in Syria facilitated 350 humanitarian campaigns.

"The divisions of the military police have to date facilitated in the Syrian Arab Republic protection of Russian doctors at 92 civilian appointments, holding of 350 humanitarian campaign, escorting of more than 60 humanitarian aid convoys," Shoigu said.

The minister added that the military police provided security at the Russian bases in Hmeimim and Tartus, as well as during other combat, special and humanitarian tasks.

Russia has been carrying out regular humanitarian aid deliveries to Syria, where people are suffering from the consequences of ongoing fighting between government forces and terrorists, such as the Islamic State (IS, also known as Daesh) terrorist group, banned in Russia.

Syria has been mired in civil war since 2011, with government forces fighting numerous opposition factions and radical Islamist groups. Russia began its aerial anti-terrorism campaign in Syria on September 30, 2015 at the request of Syrian President Bashar Assad.